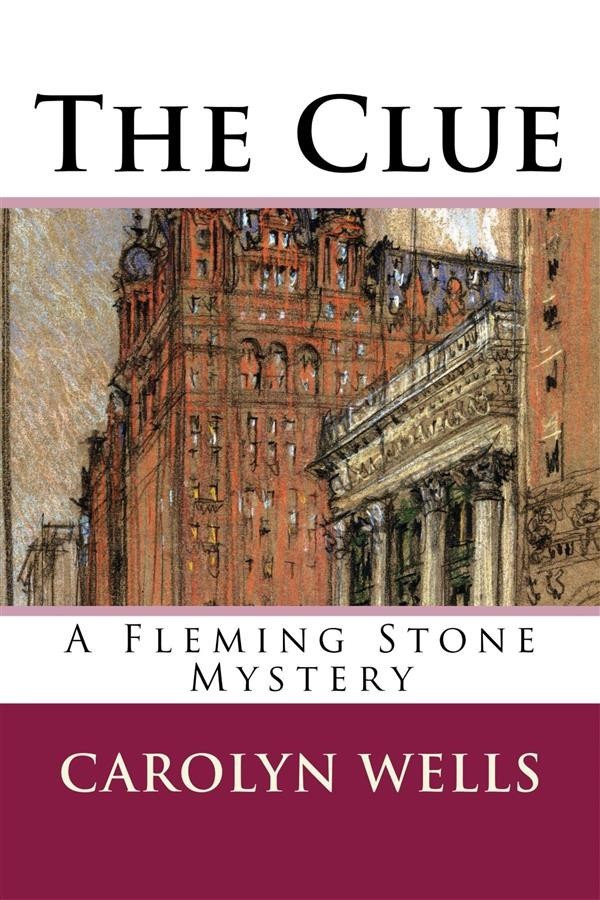 On the eve of her wedding, stunning heiress Madeleine Van Norman is found stabbed to death in the library of her palatial country mansion, killed by a single thrust from her Venetian letter opener. Suspicion falls by turns to the groom who loved another, the cousin who stands to inherit her fortune, the woman the groom loves, the murdered woman’s secretary, and the former lover of the murdered woman’s uncle who will inherit the mansion. A suicide note is found next to her body, but the evidence points to murder. The house had been securely locked with no sign of a break in.

A classic from the Golden Age of Detective Fiction, The Clue falls squarely in the tradition of two favorite mystery sub-genres – the Big House Mystery and the Locked Room Mystery. Detective Fleming Stone is cool and methodical, not unlike his more famous fictional contemporaries, Hercule Poirot and Sherlock Holmes. The twist is that he doesn’t appear until the second half of the story.