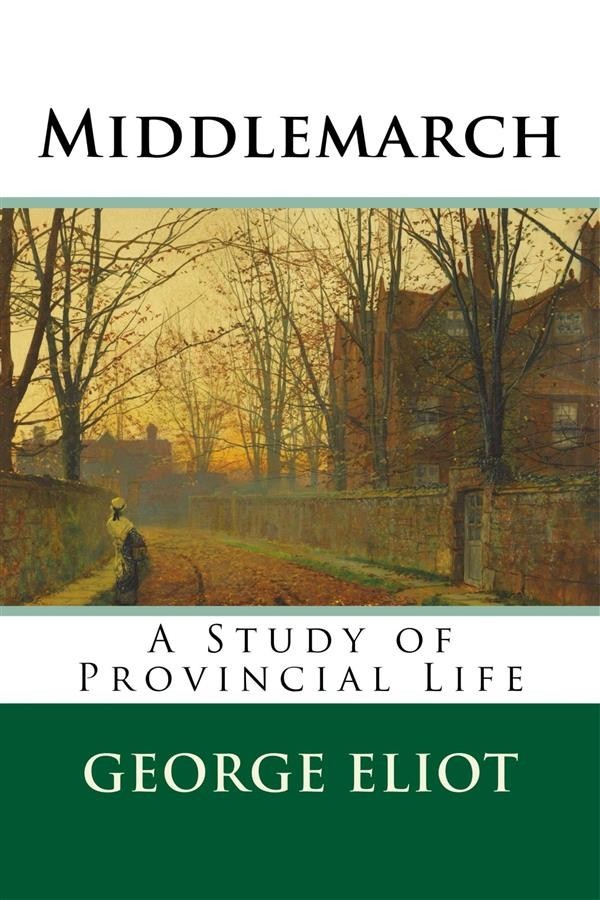 The grand, sprawling epic that is Middlemarch is about many things. It is about social and political reform. But it's also a novel about love and marriage. And about trying and failing. And about second chances. It boasts multiple plots with a large cast of characters, and in addition to its distinct though interlocking narratives it pursues a number of underlying themes, including the status of women, the nature of marriage, idealism and self-interest, religion and hypocrisy, political reform, and education. The pace is leisurely, the tone is mildly didactic (with an authorial voice that occasionally bursts through the narrative), and the canvas is very broad.

At the story’s center stands the intellectual and idealistic Dorothea Brooke—a character who in many ways resembles Eliot herself. But the very qualities that set Dorothea apart from the materialistic, mean-spirited society around her also lead her into a disastrous marriage with a man she mistakes for her soul mate. In a parallel story, young doctor Tertius Lydgate, who is equally idealistic, falls in love with the pretty but vain and superficial Rosamund Vincy, whom he marries to his ruin.

Eliot surrounds her main figures with a gallery of characters drawn from every social class, from laborers and shopkeepers to the rising middle class to members of the wealthy, landed gentry. Together they form an extraordinarily rich and precisely detailed portrait of English provincial life in the 1830s. But Dorothea’s and Lydgate’s struggles to retain their moral integrity in the midst of temptation and tragedy remind us that their world is very much like our own.

Strikingly modern in its painful ironies and psychological insight, Middlemarch was pivotal in the shaping of twentieth-century literary realism.