And Then the Murders Began 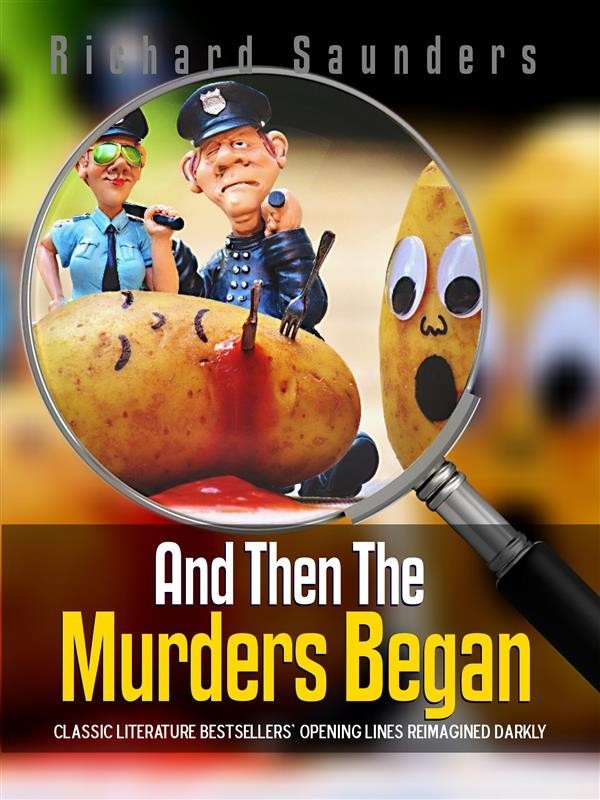 And Then the Murders Began

The Mystery To This Book

...is to make you smile, laugh, or just shake your head.

It all started with a small quote from Marc Laidlaw who created a nice approach to revisiting first lines of books. His 3 March 2017 tweet said, “The first line of almost any story can be improved by making sure the second line is, 'And then the murders began.'”

This book was a test of that idea.

I took the first lines of the top 100 downloaded books from Gutenberg.org, in order, and applied that concept.

The idea does work in almost all cases to create something humorous (depending on your idea of what's funny.)

To be fair, in many cases, a better effect is often achieved once the scene is set. Especially when you are already familiar with the author's style. Romances seem to work best. Plays are awkward.

You can try this for yourself as you go – take only the first line and add “And then the murders began.” The results are more often than not incredibly hilarious. Sometimes merely droll. And even non-fiction can be as surprising.

Or, just read along with my excerpts and see which one you like better. I give you, then, two books in one. (Three, if you want to explore that classic further...)

Above all, the idea is to have fun.

Emma Woodhouse, handsome, clever, and rich, with a comfortable home and happy disposition, seemed to unite some of the best blessings of existence; and had lived nearly twenty-one years in the world with very little to distress or vex her.

Call me Ishmael. Some years ago—never mind how long precisely—having little or no money in my purse, and nothing particular to interest me on shore, I thought I would sail about a little and see the watery part of the world.

In the beginning, the Lord of Beings created men and women, and in the form of commandments in one hundred thousand chapters laid down rules for regulating their existence with regard to Dharma, Artha, and Kama.

The Kama Sutra, by Vatsyayana

DEAR SON: I have ever had pleasure in obtaining any little anecdotes of my ancestors. You may remember the inquiries I made among the remains of my relations when you were with me in England, and the journey I undertook for that purpose. And the murders that then began.

Mr. Sherlock Holmes, who was usually very late in the mornings, save upon those not infrequent occasions when he was up all night, was seated at the breakfast table. I stood upon the hearth-rug and picked up the stick which our visitor had left behind him the night before.

The Hound of the Baskervilles, by Arthur Conan Doyle

In the beginning God created the heaven and the earth.

King James Version of the Bible

Get Your Copy Now.