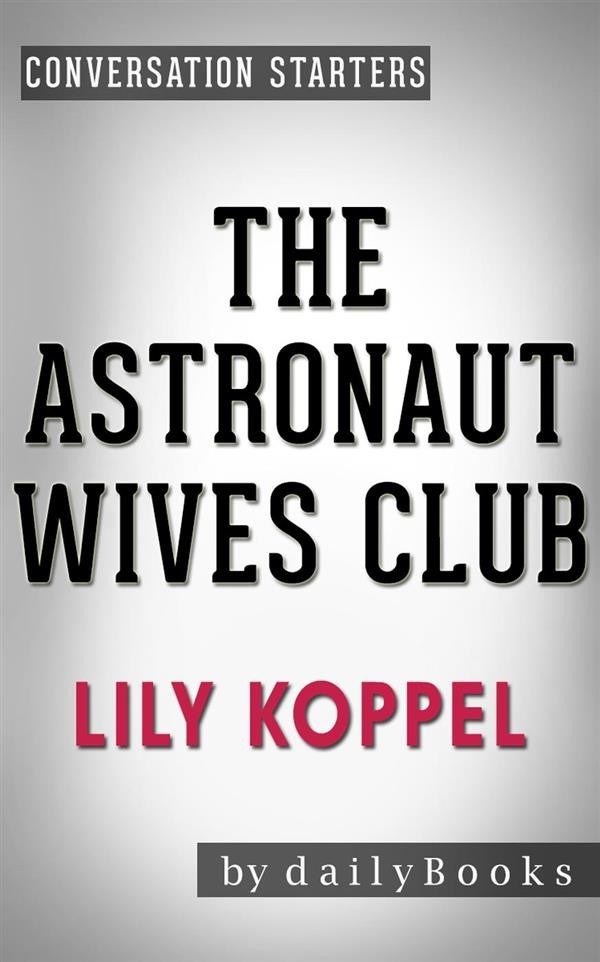 The Astronaut Wives Club, Lily Koppel's latest nonfiction book, tells the stories of the wives of the astronauts who were part of the space program during the space race of the 1950s, 60s, and 70s. History has typically told the story of the astronauts, but not much is known about the wives and children until now. The wives went from being military wives to the closest thing America had to royalty overnight. They went on to have tea with Jackie Kennedy, appeared on the covers of magazines, and went to many press conferences all while keeping things together at home. The wives formed a close bond that withstood the many divorces and tragedies that occurred. Their bond eventually led them to form The Astronaut Wives Club. The Astronaut Wives Club became a New York Times Best Seller. An American television series inspired by the book premiered on the television network ABC on June 18, 2015.