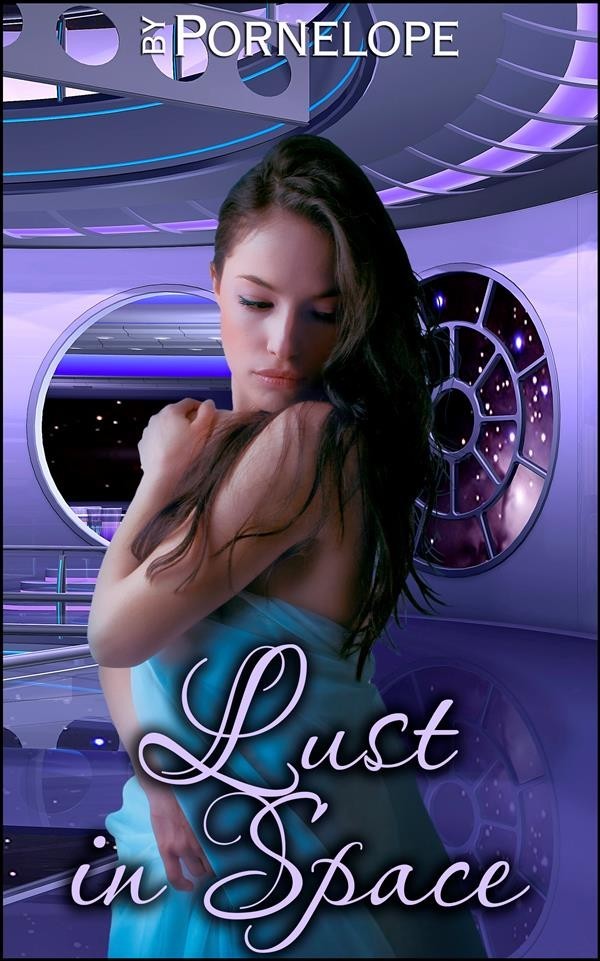 Toman is in for the surprise of his life when he begins exploring a destroyed planet and discovers an amazingly gorgeous girl living alone in the colony’s abandoned spaceship. But Iliana isn’t quite what she seems. She might be an innocent virgin, but she’s a skilled genetic engineer who’s created an incredibly powerful aphrodisiac…and she can’t wait to try it out on him!

Great stars, she was gorgeous! So petite he’d initially mistaken her for a child, but now that he’d seen every luscious inch of her lush, ripe body…she was clearly no child. Her full breasts were gorgeous, her waist was amazingly narrow, and her gently curving hips issued an alluring invitation every time she moved. The soft curls between her thighs were captivating, hinting at the sweet untouched delights he ached right down to the bone to taste and plunder.

She was totally innocent, though. He must keep remembering that! No matter how much he yearned to rip that seductive filmy off her quivering body and plunge deep inside her tight little core, he absolutely must keep his distance!

She’d nearly run her hands over his surging length before he’d grabbed them and tugged them away. Surely she hadn’t realized how provocative her innocent curiosity had been! If she’d actually touched him…no way could he have controlled his lustful desire!

While her back was turned, he shifted uncomfortably on the couch, and tried to push his jutting shaft down so it wouldn’t be so blatantly visible. As if mocking him, it thrust up even higher, and slick moisture began to spurt from its swollen crest. He wanted to groan with aching frustration.

Iliana turned at that moment, and he jolted. If he yanked his hand away, it would be obvious that he’d been trying to hide his arousal. If he left his hand on his crotch, would she think he was some kind of lewd pervert?

Or…if she was that totally innocent, would she even know what he was so desperately trying to hide?

His dilemma was solved when a hover-table materialized in front of him. Quickly he tugged it closer so it shielded his dubious modesty. Then Iliana bent over to place a steaming plate on the tray, and his hungry gaze riveted on the deep valley between her rounded breasts. Tradition be damned; he wanted to feast on her! Another hot flush burned his angular cheeks as he shifted again, trying to quell his rising lust.

“Are you too warm?” Iliana glanced anxiously around the spacious lounge. She was innately tidy, and of course Computer’s servos would pick up anything she missed. But it was good to know her home was presentable for this intriguing stranger’s visit. “I can lower the temperature.”

“No, I’m fine.” He said it a little too quickly, and wanted to squirm with embarrassment when her gaze dropped down toward his lap. No, he reassured himself even as his manhood shot straight up again and began straining insistently against his jumpsuit, she couldn’t actually see it through the table. She was just making sure his meal was presentable.

Iliana bent over again to pour him a fragrant drink, and he inhaled deeply. Or was that her own alluring scent as she sank gracefully onto the couch beside him?

He realized abruptly that she’d been speaking for several moments, and he hadn’t heard a single word.

“…and I’ve learned through my studies that every culture has different customs,” she was saying, glancing at him through demurely lowered lashes. “My people often welcomed strangers by sharing themselves…if the strangers were willing.”