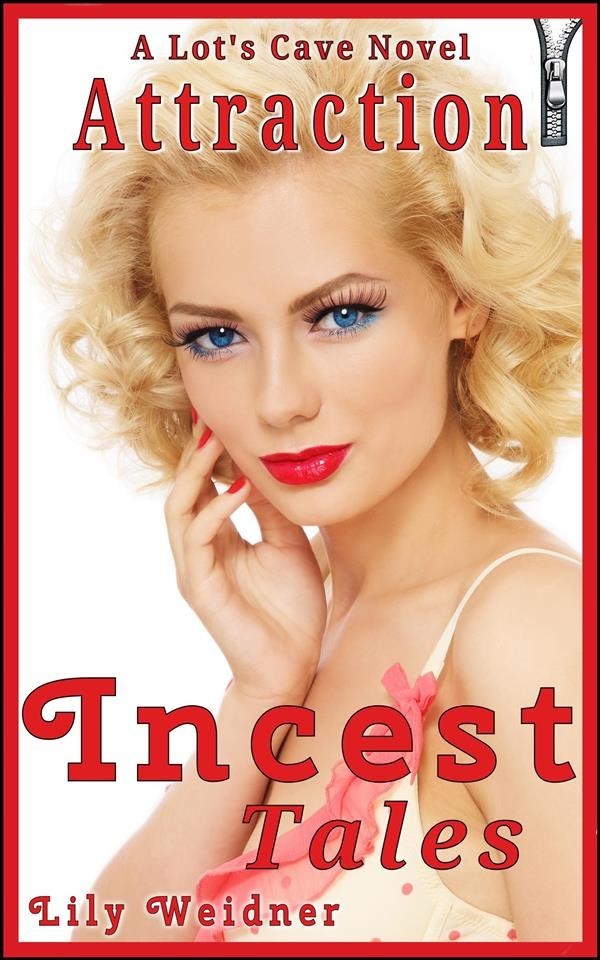 DESCRIPTION Lola has always embodied everything Mark craved in a woman—even if she is his daughter. When he spies her swimming nude in the backyard creek, he contemplates the unthinkable. This handsome father has his wife’s permission to pursue the taboo affections of his attractive daughter, but should he? The answer might just lead to forbidden father daughter sex, and a sweet first time outdoors. EXCERPT The allure of his daughter’s panties tossed on the ground failed to escape Mark’s notice. His daughter wore such racy lingerie for a girl her age. There had been moments he’d caught a glimpse of lace or felt the cool silk against his lap. Now though, with his cock throbbing, Mark took advantage of daughter’s panties. Bringing the moistened fabric up to his nose, he took in the delightful scent of his daughter’s arousal. As his fingers trailed along the crotch of his daughter’s panties, Mark moaned. Off in the distance he spotted his daughter. Her watchful eyes entranced him preventing any sense of embarrassment he might have felt. “Do you like them, Daddy?” Lola couldn’t fathom the words that left her mouth. Covering her insecurity with a giggle, she swam to where her father could see her. As Mark watched his daughter swim closer to him, his fingers lingered on her panties. He knew he should have dropped them, made an excuse for his actions, but the allure of seeing his Lola naked stopped such nonsense. Waiting for his daughter to rest against the embankment, Mark nodded. “Very much, they’re quite fragrant. Pretty even.” A swelling of desire made Lola tremble as she rested against the embankment. The sunlight felt warm and inviting along her skin, luring her to relax. As her legs stretched out, cool water caressed the hot folds of her sex, prolonging the tingling between her legs. Blushing now, Lola could barely meet her father’s gaze. “I’m glad you like them. But you’re not mad at me, are you Daddy?” “Mad at you?” Mark chuckled. Hearing her father’s delightful laugh, Lola couldn’t help but smile. The blush on her face deepened, even as she savored the moment of her father’s happiness reserved just for her. “Mad at you for what? Skinny-dipping? I can’t be mad at you for that.” Running his fingers along the moistened fabric of his daughter’s panties, Mark smiled. As he discarded the panties, he felt a pulse of desire run directly along his cock. The way her father’s eyes lingered on her now left Lola’s stomach flighty. That look, that wonderful hint of desire in her father’s eyes gave Lola enough confidence to ask what she otherwise wouldn’t have dared. Keeping her tone light and virginal, she met her father’s gaze. Pushing herself up just enough to reveal the supple swelling of her breasts, Lola made her words even more inviting. “Do you want to maybe, join me?”