Cosmetic Damage For a Hotwife 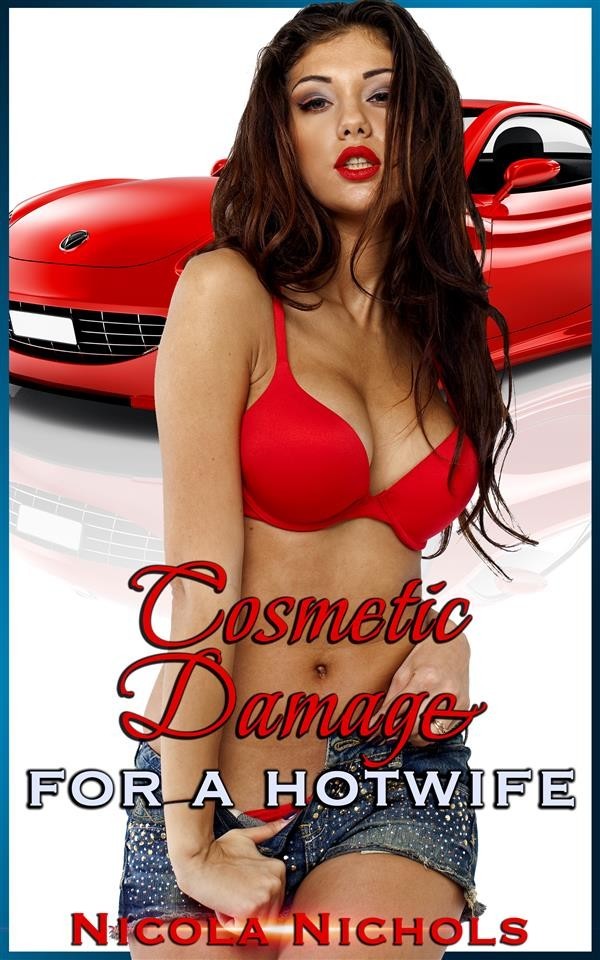 Cosmetic Damage For a Hotwife

Her husband is obsessed with his car; he wants it and everything he owns, perfect  including her. She drove it to the mall, and it is scratched. If she doesn't get it fixed before he gets home, there will be hell to pay. The guys at the body shop are willing to help if she'll show her appreciation. They look like they'll make the game a little rough. It's a deal she can't refuse.

"It's only cosmetic damage," the man said.

He clutched his clipboard and leaned over to peer down the side of the Porsche  Eric's new Porsche  to inspect the long scratch that ran nearly the entire length of the car. "It's only gone through the topcoat and will probably buff out fine. We can make this baby look brand new. My crew fixes this sort of parking lot damage all the time."

Paula let out a long sigh of relief. "Thank God. I guess that means you can fix it quickly."

He smiled and shook his head. "Fixing it won't take long; the problem is that we can't get to it anytime soon."

He motioned at the other cars sitting around the garage. She hadn't paid attention, but there were a lot of them. "These are waiting to be worked on. We're pretty backed up. And this is Friday."

"Well, once we get to your car, it won't take more than a few hours to fix." He looked at her expression. "Hey, look it's okay to drive like this for a few days. It won't start to rust or anything. It's only cosmetic. You can hold onto the car and I'll call you and have you bring it in when we can start."

Paula shook her head. She had trouble breathing. Only cosmetic, he'd said. "I don't know what planet you live on, but as far as Eric's concerned the words 'only' and 'cosmetic' do not belong together  not when it comes to his Porsche. This is his dream car. Under the best of circumstances, he's obsessed with how things look. This car has to look perfect."

"It will look perfect, I promise."

Hearing him say the word was a small relief. She had no illusions about Eric  before he married her, he'd made his requirements very clear. He'd dated her because she dressed nice and stayed fit. She'd invested a lot in her appearance, and he appreciated that. But right from their first date, he'd made his demands clear.

"The woman I marry has to be perfect. I expect her to always be looking incredible  the envy of every man I meet." He'd kissed her then. "The way you look now." But there was a catch. "Yu need to know that everything in my life has to be at that level. My wife needs to look hot and perfect every day; my house must be perfect all the time. Of course, I will pay for maids and spas, trainers, whatever is needed, but I demand results. Perfect results."

If he came home and found his car scratched, that cosmetic damage would be as huge a failure as totaling the car.

In Eric's world, how his life looked to the outside world was everything. "To be my wife, you have to look right," he told her.

She understood. Eric wasn't a man of substance. He was rich and successful. He had a Midas touch, which meant that if his wife wasn't a good lay, that didn't hurt his marriage. He could afford to hire the hottest whores. Paula had tried to be both. How well that was working was in question, but she was certain if he came home to find his Porsche scratched there would be hell to pay.

The man saw her distress. "Hey, don't worry. Next week we'll get that car in here and make it look new like."