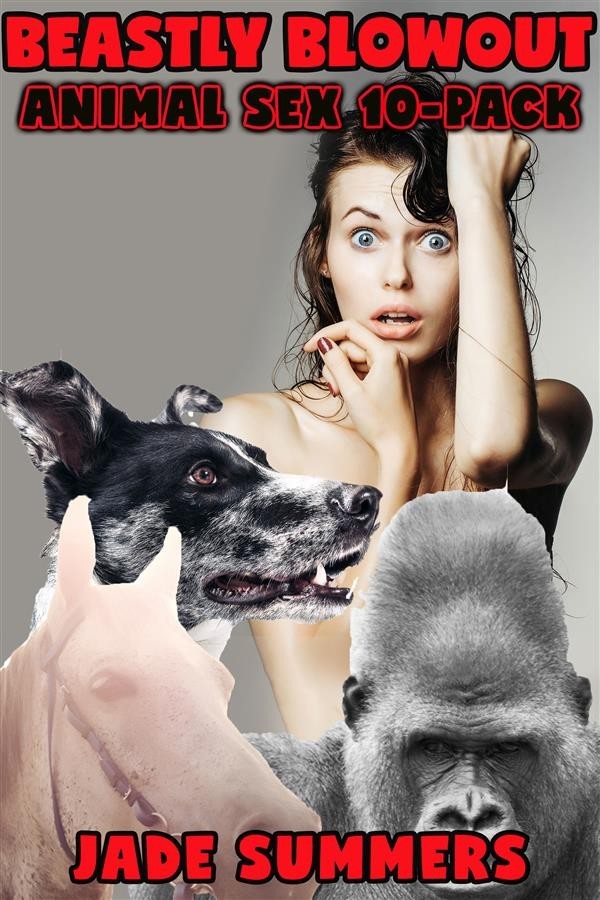 10 filthy stories about women and their love for animals. Gorilla and doggie gang bangs, forced lactation and breeding, hypnosis and mind control, humiliation and punishment, as well as massive horse, gorilla and dog cocks that fill each and every hole.

As the pleasure became more and more intense, I opened my eyes and realized that I was facing the crowd of people.

I glanced around and saw my boyfriend and the shocked look on his face as he watched me writhe around in ecstasy with a gorilla cock inside me.

I noticed that there were staff members in the gorilla habitat now, but it they weren't able to get very close. It looked like some of the other gorillas were keeping them from approaching me and stopping the gorillas from using me like a human sex doll.

I kept thinking how humiliating it was that all of these people were watching me being fucked by this group of gorillas. Probably video taping the whole thing on their phones and posting it online, but I didn't care. I knew that what was happening was wrong and I knew that it was unnatural, but I wanted it. I wanted to keep feeling these gorillas cocks slide in and out of me, filling me up like I had never been filled before. I was thrilled when I saw that the other two gorillas that were now watching had become hard again.

We got back to the house and I unlocked the door and walked into the house with the dogs and as soon as I let them off of their leashes one of them barked a single loud bark at me. I looked down at him and he just stared at me. The longer I looked into his eyes the stranger I started to feel. It felt like everything in the room was becoming hazy. Then I heard a voice in my head as clear as day.

Take off your clothes.

All ten of the huge dogs were all staring up at me intently. I could see their hard cocks jutting out under their thick fur. I had no idea why, but I felt like I had to do what the voice told me to. I removed my T-shirt and my shorts as they watched me, then I kicked off my shoes. Their eyes were all on me as I unhooked my bra and when I pulled it away my large breasts fell free.

I was just standing in the middle of a stranger's house almost naked in front of a bunch of dogs, and I was pretty sure I knew what they wanted. One of the dogs jumped up and started licking my breasts and I could feel his enormous cock slap up against my leg.
One of the other dogs came up behind me and tore my panties off with his teeth. Then he slid his nose in between my ass cheeks and I could feel his cold nose against my asshole.

Before I knew it, I was on my hands and knees and my legs were spread apart. The dog who had been inspecting my asshole was now burrowing his muzzle into my pussy, licking my pussy juices and nibbling at my clit.