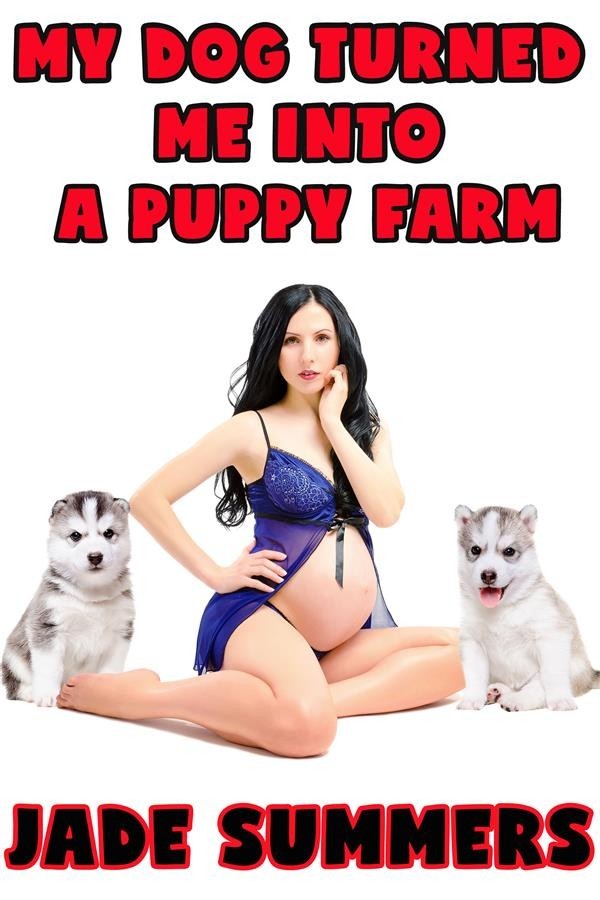 Josie has had a lot of new impulses recently. The first was to quit her job, then she lets her dog sleep with her in bed. Eventually, she finds herself being taken and used by him multiple times a day. It isn't until she starts lactating and her stomach starts growing that she realizes she is pregnant. When a litter of puppies comes out she is shocked but she knows that this is her job now. Her body has been turned into a puppy farm by her dog!

I felt his cold, wet nose is it examined my asshole and my pussy, sniffing and licking up my pussy juices. Then I felt his warm, soft tongue move in an out of my folds and as he forced it in and out of my pussy. I wiggled my ass in the air and gyrated my hips as Jonesy's tongue dove into me. I could feel his soft fur rubbing up against my thighs as he pressed his nose and mouth as far into my pussy as he could.

Not long after that Jonesy mounted me, his strong paws holding me down as they dug into my back. I felt the head of his enormous cock as it pushed into my opening, then I screamed out as the thick head forced its way into me. With each thrust his cock moved deeper and deeper into me until it was slamming into my cervix. I screamed as my pussy was being filled up by my dog's enormous cock.

But then the feeling of fullness became more intense. I felt his cock growing larger inside of me. I had never experienced a sensation like it before in my life. With each thrust his cock seemed to grow larger and larger, like a balloon was being blown up inside my pussy. I could feel that his cock was so large that there was no way that he would be able to pull it out and it was then that I realized that he was knotting inside of me.