Ravished By Her Kidnappers 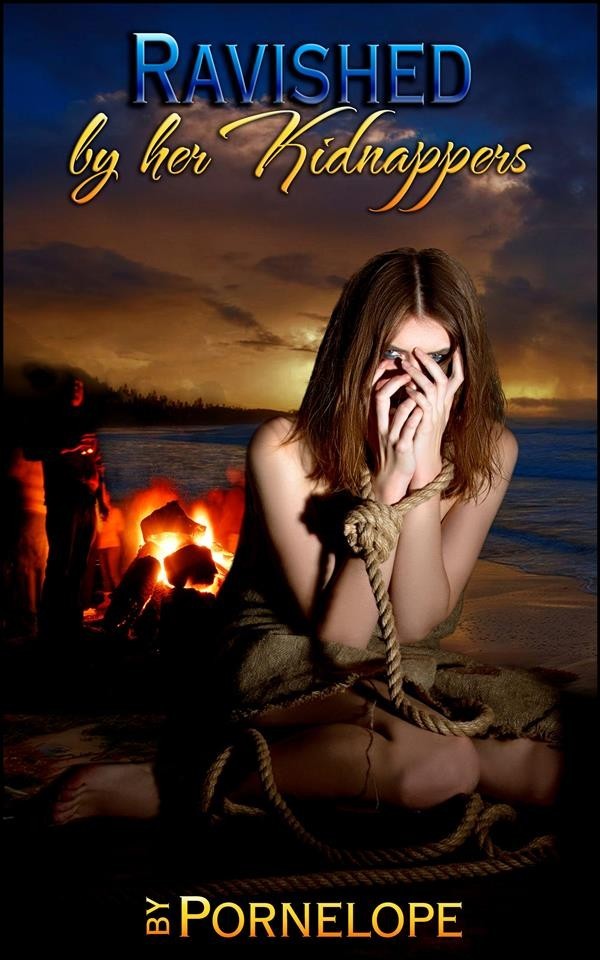 Ravished By Her Kidnappers

The rising moon seemed to bob and weave in a curiously seductive rhythm as she chewed, swallowed, chewed some more. Was it only her imagination, or were the flames pulsing with a life all their own, urging her to join in some primal dance?

Instinctively she swayed in rhythm, then jolted a little when one of the men laid a supportive arm around her shoulders. “Easy there, sweetheart. Don’t fall into the fire.”

“I won’t.” She murmured it a little hazily, but didn’t pull away. The heat of his muscular body felt good against hers. Why hadn’t she ever realized how wonderful a man’s strong hands could feel as they massaged her shoulders in slow, sure strokes? “That feels nice.”

“Good.” Pete leaned a little closer, and murmured in her ear, “You want it to feel even better, don’t you?”

She turned her head, and tried to focus on his face. He was so close, she could feel his warm breath tickling her cheek. Part of her—the sane part that would never accept meals from total strangers—wanted to pull away and run back to the safety of her little walkway grotto. But his dark eyes held her riveted. They were intense, compelling…somehow just a little dangerous. A quick thrill of excitement kindled deep in her belly, and began to spread through her tingling body.

“You do, don’t you?” he insisted, and his hands tightened on her bare shoulders. “You want me to make you feel really good.”

“Yes.” It seemed natural to agree, to nod in breathless anticipation.

“Anything.” She moaned a little when his fingers resumed their steady rhythm, kneading and caressing the expanse of her tanned back. “Oh, anything!”

“Hear that, boys?” Pete glanced beyond her, and smirked at his friends. “I told you it would work.”

Dan grinned back at him. “Hot damn! So now what?”

“Now we all have some fun.” Pete curled his hands around Gemini’s and lifted her to her feet. “You’re going to do everything we want,” he told her. “Anything at all. And you’re going to love every single bit of it.

“Do you know where you are?” He led her, step by unsteady step, into the big tent. “We’re deep in the jungle. Someone kidnapped you, and held you for ransom.” He produced a length of rope from his pocket, and dangled it in front of her. “We just rescued you.”

“You rescued me.” She repeated it slowly, trying to piece his words together into a clear picture. Everything seemed so hazy, so jumbled in her whirling mind!

“Dan and Ben and I chased them away. You were so glad to see us! Do you remember?”

Gradually the confusion on her face cleared, and she began to smile. “You rescued me. You saved me from them.”