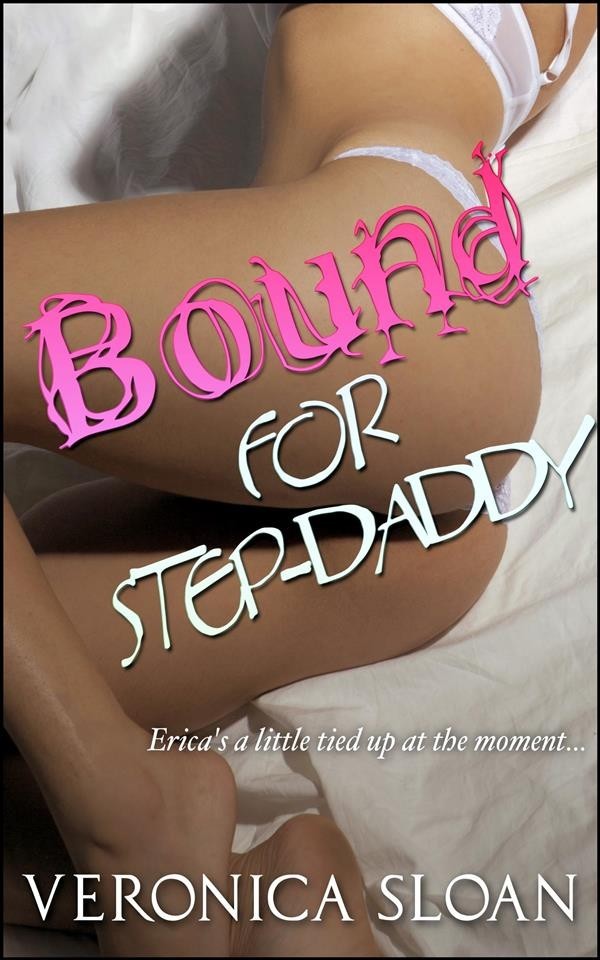 DESCRIPTION: Carl's step-daughter is a spoiled brat. She rebels against his authority, she talks back to her mother, and she's always hanging out with her idiot boyfriend. One day, Carl comes home early to find the girl tied to her bed! It seems he's interrupted an amateur BDSM session. That's okay, because Carl's going to punish his naughty step-daughter in a way her mother would definitely disapprove of! EXCERPT: She was bound tightly by clumsy knots and with her arms stretched over her head. I couldn't have found her in a more vulnerable position. I swallowed hard, and cursed her idiot boyfriend for doing this to me. The blindfold was a clear source of frustration. Erica couldn't really "look" at me, but she wriggled on the bed until the headphones rolled off her neck and tumbled to the floor. "Did you get the beer?" she demanded. I sure did. Not that it helped. "Asshole! I'm talking to you!" And I was trying not to stare. I bared my soul to that video camera because it was the one place I could look that wasn't pink and soft and tantalizingly taboo. "Damn it," I whispered. I'd done everything right. I could have gone my whole life and never given in to temptation. Had I felt it? Of course I had! Judith's daughter was no angel, but she could be disarmingly sweet. Whenever she wanted something - money for the salon, a ride to the movies - she'd bat her darling blue eyes and wrap her arms around mine. In those moments, my mind was flooded with forbidden images. Her luscious lips were so good at pouting, but they'd be even better at sucking my - no! When she pressed herself against me, I could feel her young body just behind her blouse... Did I fantasize about her? Of course! She was a beautiful young woman and I lived just down the hall. How many times had I seen her prancing in a towel and prayed it would fall off just to steal a glimpse for my spank bank? Well, old man, you got your wish. Erica just broke the bank. Her slender arms were bound at the wrists and tied to the bed frame. I could tell that Wayne had tied it too tight because the cheap rope cut into her fragile skin. Where it squeezed her wrists, the skin flushed an angry red. I screamed inside my mind to ignore the rest, but my eyes could not be tamed. They slid down, following the lines of her arms until they reached her pink and trembling nipples. "Wayne, this isn't funny!" she whined. She was right. This was no laughing matter. This was cruel. This was temptation in its purest and most unforgiving form. With her arms forced above her head, Erica's young breasts were raised to full prominence. I slumped over, powerless to ignore them. They were revealed to me at last in all their mouth-watering glory. She'd worn tight tops before that left so little to the imagination, bikinis that showed how big and bouncy she truly was, but this, finally, was the full monty. She'd tanned recently, but the tips of her succulent breasts were untouched by the sun. Her crimson nipples were framed by triangular patches of snow white skin. And that nubile skin was unmarred by stretch marks. Full, firm, and ripe, her tits quivered, turning her nipples into ruby lily pads on a rippling lake. The more she struggled, the more she jiggled. The sight mesmerized me to silence. Embedded in her soft skin, the belly stud glimmered like a newborn star. It twisted as she struggled on the bed.