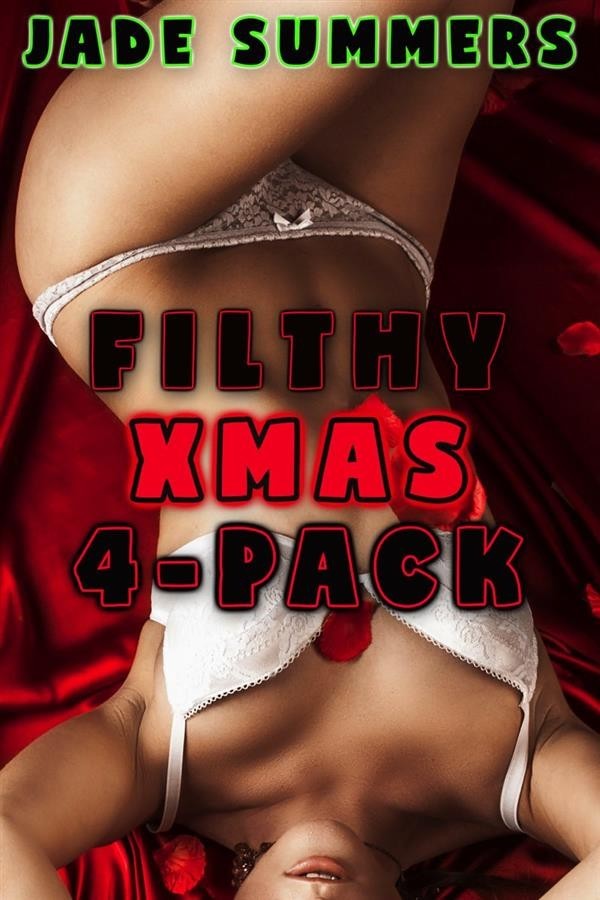 Four filthy Christmas stories that include mind control, incest, Christmas fantasy scenarios, anal stretching and play, gangbang activity, and a huge peppermint stick or two in the ass. This 4-pack includes: Unwrapping Myself for Daddy Santa’s Anal Punishment Hypnotized by Elves Daddy’s Xmas Punishment Excerpt: From Unwrapping Myself for Daddy: "So do you have a present for me, Lisa?" I looked at my dad for a few seconds and realized what I wanted to give him. I had never had any thoughts like this before in my life but suddenly I wanted to show him my body. All of it. Even the secret part in between my legs. And even though I knew it was wrong for me to take my clothes off and do a sexy strip tease for my dad, that's what I wanted to do. "I do have a present for you, Daddy. I have something special I want to show you." "What is it, sweetie?" That same smile spread across his face, like he knew what it was that I was going to do even before I did it. I slipped the nighty off of one shoulder and then the other and I slowly pulled the sheer fabric down over my large breasts, slowly exposing both of them to my daddy. I touched my fingers lightly to both of my hard nipples, then moved my eyes up so that I was looking right at him. His mouth was open and an enormous bulge had formed in his pajama pants. “Do you like this, Daddy? Do you like your present?" "Yes, Lisa, I love my present." "Good, because there's more." I stood up and let the nighty fall to the floor while I gyrated my hips and wiggled my breasts. Then I hooked my fingers into the sides of my panties and started to pull them down. I swiveled my hips and twirled around so that he could watch my ass as I bent over in front of him. I slowly pulled my panties down my legs, then stepped out of them and tossed them to the side. I reached back and touched myself between my ass cheeks, then spread myself apart so that my pussy was completely exposed to him. I heard a soft groan behind me and turned around to see my dad lying against the back of the couch with his pajama bottoms pulled down. His cock was rock hard and he was touching it while he looked at me." "Do you have anything else for me, Lisa?” he asked as he stroked himself. "I do," I said. From Hypnotized by Elves: "Your turn," he said as he tugged on my shirt sleeve. I realized that they were expecting me to take off all my clothes. I didn’t hesitate to do exactly what the elf said and when I was done I sat facing a multitude of little, naked men who were all staring at me like they were ready to devour me. It was shocking to me how they were all so small but they had more power over me than any man I had ever experienced. They all stared at me so intently and with such seriousness and I had no choice but to do exactly what they wanted. “Get on your hands and knees and turn around, girly," the elf standing closest to me said. I did as I was told and when I was turned around so that my ass was facing them I felt two hands on my hips. They pushed me down closer to the bed so that my legs were spread wide and my pussy was hanging out over the edge. Suddenly I heard dozens of foot steps skittering around the house and when I looked up at the window above the bed I could see the reflection of the elves behind me. They were rummaging through the cupboards, then bringing a variety of items over to the bed. The first thing I felt was something cold pressed up against my asshole. I looked back up into the reflection in the window and watched as one of the elves slid a big candy cane stick into me. I gasped as I felt the cold, hard peppermint stick slide in past my sphincter. Then that same elf started sucking on the candy cane. He ran his mouth up and down the striped candy cane, then down to my pussy, sticking his tongue inside me and flicking it over my sensitive clit.