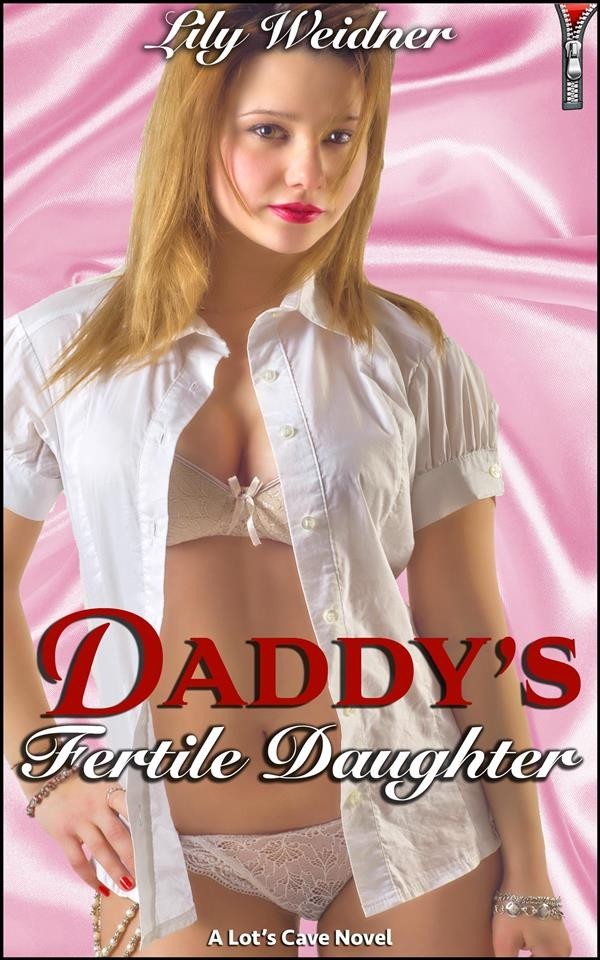 DESCRIPTION This naughty daughter thinks she has the answer to her parents’ problems – incestuous sex! When Paige’s possessive father has his own taboo ideas, she quickly finds herself begging for more. Daddy may have control of her body and her mind, but will he pursue his little girl’s forbidden proposal and impregnate his fertile princess even if it means taking her innocence? EXCERPT God, the bliss of that first kiss made Adam stiffen in response. His meek little girl had taken the initiative he’d never expected from her. For once, Adam saw in her the determination to attain whatever she desired. A hint of the sweetened wine lingered on her lips making him seek more of the divine nectar. Paige remained in control of their kiss, a fact that amused him greatly. His daughter demanded entrance to his mouth, and he relented at once. She kissed better than expected. Her tongue ran across his lips, before delving into the crevice of his mouth. Adam sucked on her tongue, pulling her body to him in an effort to regain control. Desire and heat mixed in their embrace, as their skin touched supple skin. How long had they wanted to kiss this way? Adam didn’t care to know. All that mattered was he relented to his daughter’s every kiss. When at last they remembered to breathe, he couldn’t fathom stopping. “Daddy, I’ve always wanted to do that.” Paige smiled, while running her hand up her father’s chest. His firm skin felt good beneath her fingertips. So good, that she began running her hand back down. Taking her time, Paige savored every subtle change of her father’s angular chest. Feeding on the swelling of desire within her body, she let her touch travel to her father’s waist. Before her shyness won out, she gripped between his legs. “Paige… Paige where did you… oh God!” Adam felt his daughter’s hand starting to move against the bulge of his pants. Her touch was so firm, demanding in a way no woman had ever touched him prior. The stroking of her fingers made him feel as if his cock belonged to her. This sensation, caused by his submissive daughter was an arousing contradiction of her personality. “Mmmm, where was what Daddy?” she questioned while smirking. Her father’s outburst had been unusual. A response Paige took great pride in forcing from him.