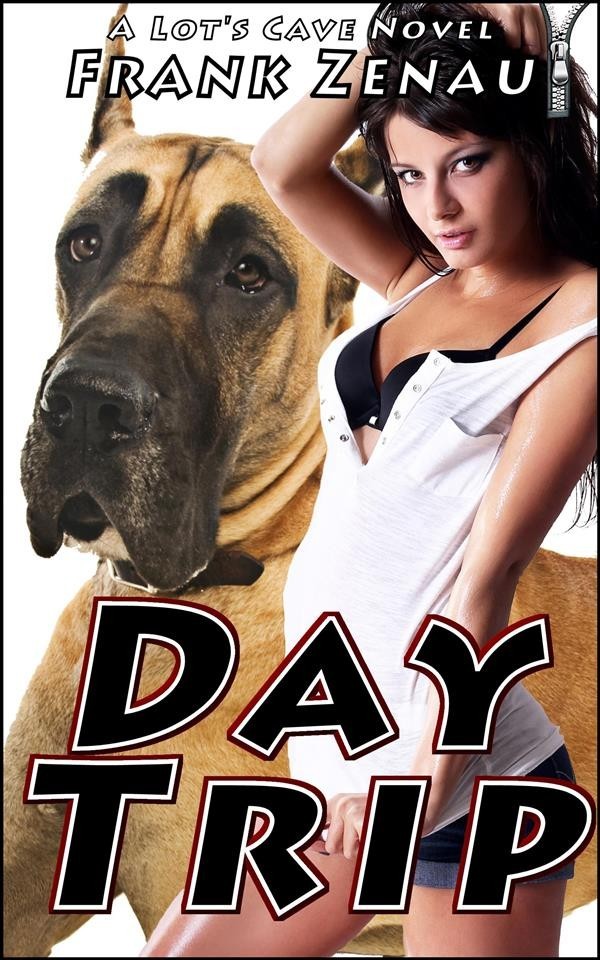 DESCRIPTION Taking his dog to a nearby park, Apollo takes off; in search of Apollo he finds a young girl staked out naked with Apollo standing over her. She was robbed and left to die. With no place to go he takes her home where she tells him about years of captivity as a sex slave. Infatuated, he finds her very useful and plans to keep her. Thinking she’s being ignored she takes matter in her own hands for her own sexual needs. Her own plans may or may not include Matt. EXCERPT “Damn it dog, I can’t stand it anymore go away.” I heard her say in a muffled voice. “Lady,” I called out. “Is there a dog with you?” “Don’t come any closer; just get your fucking dog away from me.” She called out. “Lady, he’s not going to hurt you?” “He’s fucking licking me to death. I can’t stand it any longer. Now call him and get the fuck out of here before my friends come back.” Taking a few steps closer through the palmetto underbrush I saw a naked woman lying on the ground. Apollo’s was licking her breasts. I called him, but he refused to come. “Lady, you’re going to have to push him away.” “How in the fuck can I push him away? Can’t you see I’m staked in the ground and I can’t move?” She replied. I tried calling him again. He looked up, barked once before licking her breasts again. “Lady, I’m going to have to come and get him.” “Shit!” She called out. “Okay, but don’t look at me I’m naked and don’t touch me. If you do, when my friends come back I’ll tell them to beat the shit out of you.” For someone that was in trouble she didn’t sound too friendly. “Lady I don’t have any intention of touching you,” I replied. “That’s what every man says, until he sees me naked. In the end I always get fucked.” She called back.