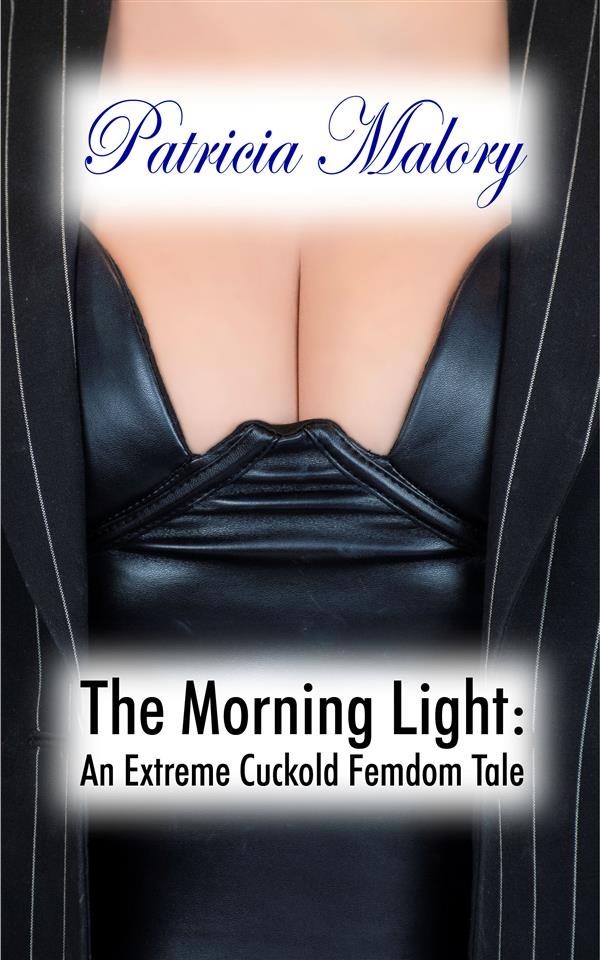 The Morning Light is an extreme femdom/cuckold tale of the struggle between two dominant women against a background of cyber warfare and intelligence operations. It begins with Timmy's plans to turn over the running of his company to his dominant wife June while he lounges around stoned and rearranges her lingerie drawers. Nope. No way. Not going to happen. June has plans of her own, big plans.

Today was a big decision day for their company, and June insisted that Timmy be properly dressed for the occasion. Props and Costumes. That was the mantra that guided his Mistress. Probably learned in her early days as a showgirl. Get the costume right, dazzle with a few accessories, put something distracting in front of the rubes, and nobody would notice the thin plot, the tiny breasts, or the dumb dialog. Props and Costumes.

So, as June had directed, Timmy was properly outfitted in perfectly-fitting new jeans, and a crisp, blue dress shirt under an oh-so-expensive soft, gray cashmere sweater. The sweater elegantly guarded against the light ocean breeze and the jeans served to accent his slim ass and well-toned legs. Soft, well-worn leather driving shoes complemented the mandatory executive trim of his short silver hair. He looked exactly like what he was supposed to be. Nobody would mistake him for anything other than a successful, slim, fit, California entrepreneur at the peak of his powers. Oh my, how looks can deceive.

Especially if you can't see the constricting pink panty girdle that confined and pressed his flaccid shaft firmly back between his legs. Props and Costumes indeed.

Whenever he was back in his old haunts, Madame thought it prudent to make sure he was aware of who he really belonged to and what he really was. She most definitely did not want any regression back into that outmoded world of white male privilege, hence the confining panty girdle.

In fact, it was precisely that danger that June and her old college roommate Miriam had discussed and re-discussed over the last couple of weeks. This was not the time for one of Timmy's recurrent hissy fits and silly rebellions. This was a tricky moment. They needed compliance, not resistance. He had to charm the customers, impress the investment bankers, and assure the advance tech guys from the Bureau of Cyber Security that he was personally on top of things.

And he had to do these things in a way that Miriam's plans would be advanced, not hindered. After all, both women knew that using men's sexual perversions to manipulate them, while easy to do, was not a foolproof strategy. It had to be managed carefully.

True, Miriam was third in her graduating class at Wharton, and had a solid track record in the executive suites of two Fortune 1000 companies. But still, while that would cover the business aspects, the human aspects of managing the company founder were not something the coolly controlled Miriam was qualified to do. Sidelining the legendary founder of the company was a job for, shall we say, a more persuasive, subtle mind. And in this case, the mind that was inside the incredible body of the buxom, clever, wildly experienced and sexy Mrs. June Bracken.