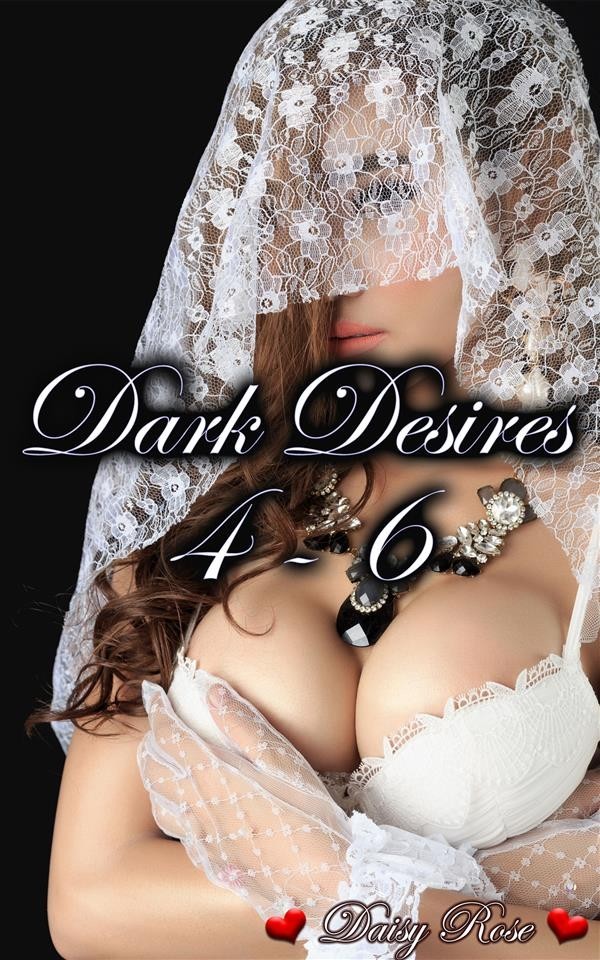 Three young women submit to three alpha males in a number of public places in these three short, steamy standalone stories that celebrate love as much as lust - with an audience.

Voluptuous and vivacious Dahlia is the life at every party. But when the groom in the wedding declares that he would much rather marry her instead of his beautiful bride and her soon to be ex-best friend, she realizes she needs to reevaluate every relationship she's had in her life, including her relationship with the groom... and his best men, especially since she had just spent the night with all of them...

Eileen Fox has hated Warren Wolf since they were put on opposite sides of a debate competition. They were each other's first times, an encountered in the middle of a school hall that was fueled but as much by hate as it was by lust.

But now Eileen is in trouble. She ran into a police car while driving way over the speed limit and she's been drinking. The policeman in the car? Warren Wolf.

He'll pretend the accident never happened on one condition. If she surrenders to him in every way possible.

A straight-laced professor and a biker's girl prove opposites don't just attract, they light each other on fire.

Michael is in for the ride of his life when he discovers the wallflower he remembers tutoring has blossomed into a beautiful young woman.

Dahlia had a feeling that Cassie had been dreaming about walking down the aisle her entire life. She was a beautiful bride. As everybody took in the sight of the beautiful bride, Owen was staring at Dahlia, his expression unreadable. He felt a familiar bulge in his trousers as he remembered the night before. He groaned and tried to will it away.

"Speak now or forever hold your peace," the pastor said.

There was silence, as expected. But then-

"This is a mistake," Owen's voice was magnified in the silence.

"Owen, what're you doing?" Cassie hissed, still keeping her smile pristine despite the panic in her eyes.

"Cassie, I don't love you," he said with absolute conviction. "In fact, I don't think I've ever loved you." He spoke louder now and his words were broadcasted through the microphone. "And I don't think you've ever loved me," he said, looking at his fiancée as if he was seeing her for the first time.

"Owen, you're confused. Let's talk about this later," Cassie tried to reason with him.

"No, I've never been more certain of anything in my life," he said. "I don't want to marry you, Cassie. In fact, I would rather marry anyone but you. Heck, I'd marry Dahlia."

Dahlia sent him a glare that told him that he hadn't worded it quite the way he wanted to.

He walked towards her and tucked her hand in his. "I'd much rather marry Dahlia," he repeated.

She yanked her hand back in horror, never one to enjoy being the center of attention. "Owen, what're you doing?!"