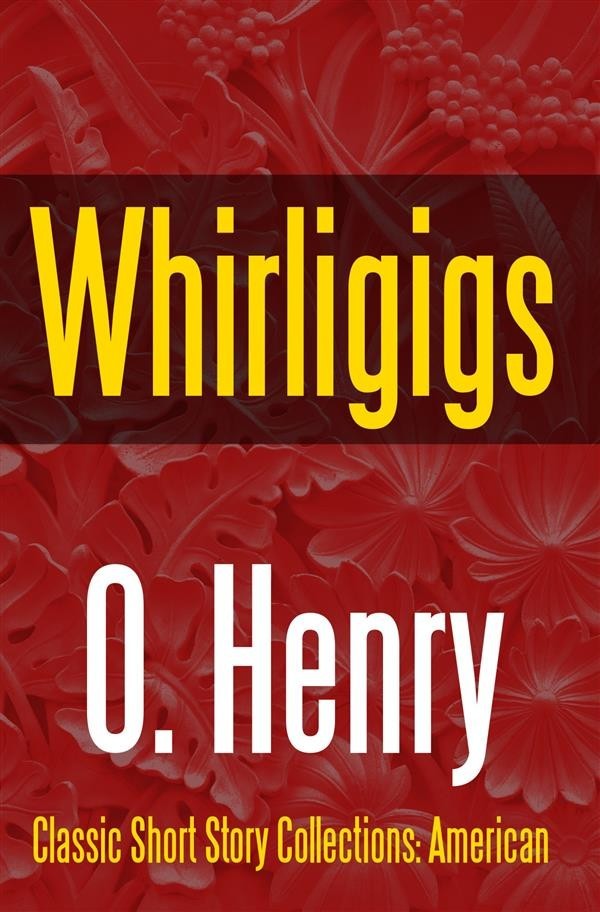 A collectior of 24 short stories: The World and the Door; The Theory and the Hound; The Hypotheses of Failure; Calloway's Code; A Matter of Mean Elevation; Girl; Sociology in Serge and Straw; The Ransom of Red Chief; The Marry Month of May; A Technical Error; Suite Homes and Their Romance; The Whirligig of Life; A Sacrifice Hit; The Roads We Take; A Blackjack Bargainer; The Song and the Sergeant; One Dollar's Worth; A Newspaper Story; Tommy's Burglar; A Chaparral Christmas Gift; A Little Local Colour; Georgia's Ruling; Blind Man's Holiday; and Madame Bo Peep of the Ranches.

THE WHIRLIGIG OF LIFE (excerpt)

Justice-of-the-Peace Benaja Widdup sat in the door of his office smoking his elder-stem pipe. Half-way to the zenith the Cumberland range rose blue-gray in the afternoon haze. A speckled hen swaggered down the main street of the "settlement," cackling foolishly.

Up the road came a sound of creaking axles, and then a slow cloud of dust, and then a bull-cart bearing Ransie Bilbro and his wife. The cart stopped at the Justice's door, and the two climbed down. Ransie was a narrow six feet of sallow brown skin and yellow hair. The imperturbability of the mountains hung upon him like a suit of armour. The woman was calicoed, angled, snuff-brushed, and weary with unknown desires. Through it all gleamed a faint protest of cheated youth unconscious of its loss.

The Justice of the Peace slipped his feet into his shoes, for the sake of dignity, and moved to let them enter.

"We-all," said the woman, in a voice like the wind blowing through pine boughs, "wants a divo'ce." She looked at Ransie to see if he noted any flaw or ambiguity or evasion or partiality or self-partisanship in her statement of their business.

"A divo'ce," repeated Ransie, with a solemn nod. "We-all can't git along together nohow. It's lonesome enough fur to live in the mount'ins when a man and a woman keers fur one another. But when she's a-spittin' like a wildcat or a-sullenin' like a hoot-owl in the cabin, a man ain't got no call to live with her."

"When he's a no-'count varmint," said the woman, "without any especial warmth, a-traipsin' along of scalawags and moonshiners and a-layin' on his back pizen 'ith co'n whiskey, and a-pesterin' folks with a pack o' hungry, triflin' houn's to feed!"

"When she keeps a-throwin' skillet lids," came Ransie's antiphony, "and slings b'ilin' water on the best coon-dog in the Cumberlands, and sets herself agin' cookin' a man's victuals, and keeps him awake o' nights accusin' him of a sight of doin's!"

"When he's al'ays a-fightin' the revenues, and gits a hard name in the mount'ins fur a mean man, who's gwine to be able fur to sleep o' nights?"

The Justice of the Peace stirred deliberately to his duties. He placed his one chair and a wooden stool for his petitioners. He opened his book of statutes on the table and scanned the index. Presently he wiped his spectacles and shifted his inkstand...

He was born in Greensboro, North Carolina. He changed the spelling of his middle name to Sydney in 1898.