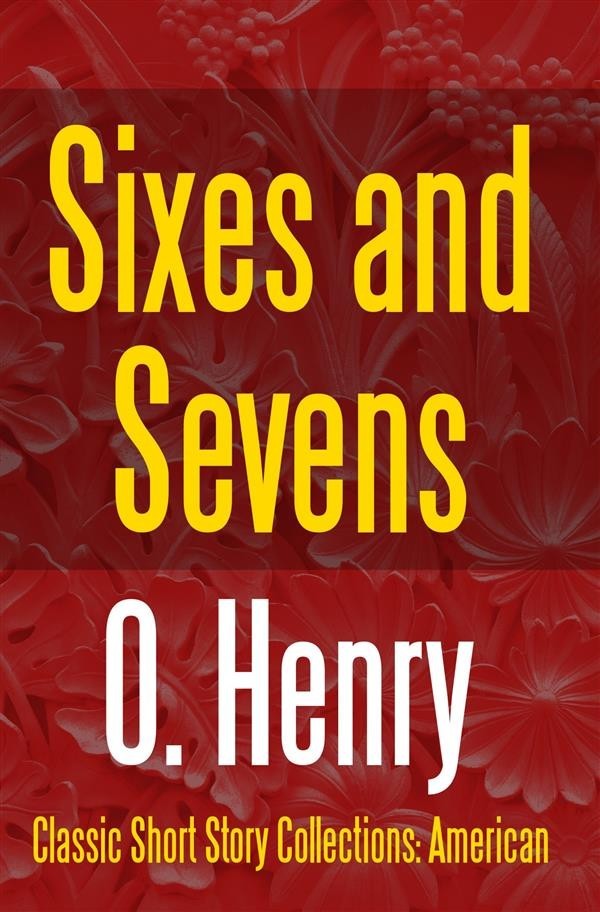 A collection of 25 short stories: The Last of the Troubadours, The Sleuths, Witches' Loaves, The Pride of the Cities, Holding up a Train, Ulysses and the Dogman, The Champion of the Weather, Makes the Whole World Kin, At Arms with Morpheus, The Ghost of a Chance, Jimmie Payes and Muriel, The Door of Unrest, The Duplicity of Hargraves, Let Me Feel Your Pulse, October and June, The Church with an Overshoot Wheel, New York by Campfire Light, The Adventures of Shamrock Jolnes, The Lady Higher Up, The Greater Coney, Law and Order, Transformation of Martin Burney, The Caliph and the Cad, The Diamond of Kali & The Day We Celebrate.

Fans of classic short fiction will relish this collection of gems from one of the unquestioned masters of the form. From a down-on-his-luck troubadour to a talking statue, Sixes and Sevens is populated by a cast of quirky, endearing characters that only O. Henry could conjure, not to mention plenty of the author's trademark plot twists and surprise endings. It's a must-read for anyone hankering for a dose of entertaining, well-wrought writing.

THE LAST OF THE TROUBADOURS (excerpt)
Inexorably Sam Galloway saddled his pony. He was going away from the Rancho Altito at the end of a three-months' visit. It is not to be expected that a guest should put up with wheat coffee and biscuits yellow-streaked with saleratus for longer than that. Nick Napoleon, the big Negro man cook, had never been able to make good biscuits. Once before, when Nick was cooking at the Willow Ranch, Sam had been forced to fly from his cuisine, after only a six-weeks' sojourn.

On Sam's face was an expression of sorrow, deepened with regret and slightly tempered by the patient forgiveness of a connoisseur who cannot be understood. But very firmly and inexorably he buckled his saddle-cinches, looped his stake-rope and hung it to his saddle-horn, tied his slicker and coat on the cantle, and looped his quirt on his right wrist. The Merrydews (householders of the Rancho Altito), men, women, children, and servants, vassals, visitors, employés, dogs, and casual callers were grouped in the "gallery" of the ranch house, all with faces set to the tune of melancholy and grief. For, as the coming of Sam Galloway to any ranch, camp, or cabin between the rivers Frio or Bravo del Norte aroused joy, so his departure caused mourning and distress.

And then, during absolute silence, except for the bumping of a hind elbow of a hound dog as he pursued a wicked flea, Sam tenderly and carefully tied his guitar across his saddle on top of his slicker and coat. The guitar was in a green duck bag; and if you catch the significance of it, it explains Sam.

Sam put on a martyred expression as he mounted his pony. But the expression on his face was hilarious compared with the one on his pony's...

He was born in Greensboro, North Carolina. He changed the spelling of his middle name to Sydney in 1898.