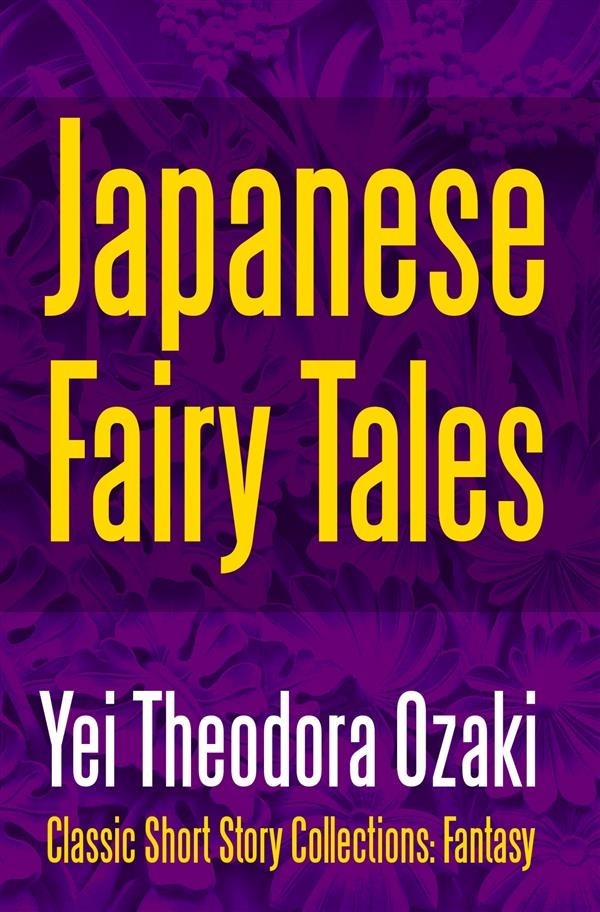 This collection of Japanese fairy tales is the outcome of a suggestion made to me indirectly through a friend by Mr. Andrew Lang. They have been translated from the modern version written by Sadanami Sanjin. These stories are not literal translations, and though the Japanese story and all quaint Japanese expressions have been faithfully preserved, they have been told more with the view to interest young readers of the West than the technical student of folk-lore.... In telling these stories in English I have followed my fancy in adding such touches of local color or description as they seemed to need or as pleased me, and in one or two instances I have gathered in an incident from another version. At all times, among my friends, both young and old, English or American, I have always found eager listeners to the beautiful legends and fairy tales of Japan, and in telling them I have also found that they were still unknown to the vast majority, and this has encouraged me to write them for the children of the West. Y. T. O. Tokio, 1908. MY LORD BAG OF RICE (Excerpt) Long, long ago there lived, in Japan a brave warrior known to all as Tawara Toda, or "My Lord Bag of Rice." His true name was Fujiwara Hidesato, and there is a very interesting story of how he came to change his name. One day he sallied forth in search of adventures, for he had the nature of a warrior and could not bear to be idle. So he buckled on his two swords, took his huge bow, much taller than himself, in his hand, and slinging his quiver on his back started out. He had not gone far when he came to the bridge of Seta-no-Karashi spanning one end of the beautiful Lake Biwa. No sooner had he set foot on the bridge than he saw lying right across his path a huge serpent-dragon. Its body was so big that it looked like the trunk of a large pine tree and it took up the whole width of the bridge. One of its huge claws rested on the parapet of one side of the bridge, while its tail lay right against the other. The monster seemed to be asleep, and as it breathed, fire and smoke came out of its nostrils. At first Hidesato could not help feeling alarmed at the sight of this horrible reptile lying in his path, for he must either turn back or walk right over its body. He was a brave man, however, and putting aside all fear went forward dauntlessly. Crunch, crunch! he stepped now on the dragon's body, now between its coils, and without even one glance backward he went on his way. He had only gone a few steps when he heard some one calling him from behind. On turning back he was much surprised to see that the monster dragon had entirely disappeared and in its place was a strange-looking man, who was bowing most ceremoniously to the ground. His red hair streamed over his shoulders and was surmounted by a crown in the shape of a dragon's head, and his sea-green dress was patterned with shells. Hidesato knew at once that this was no ordinary mortal and he wondered much at the strange occurrence. Where had the dragon gone in such a short space of time? Or had it transformed itself into this man, and what did the whole thing mean? While these thoughts passed through his mind he had come up to the man on the bridge and now addressed him: "Was it you that called me just now?" "Yes, it was I," answered the man: "I have an earnest request to make to you. Do you think you can grant it to me?" "If it is in my power to do so I will," answered Hidesato, "but first tell me who you are?" "I am the Dragon King of the Lake, and my home is in these waters just under this bridge." "And what is it you have to ask of me!" said Hidesato. "I want you to kill my mortal enemy the centipede, who lives on the mountain beyond," and the Dragon King pointed to a high peak on the opposite shore of the lake... Yei Theodora Ozaki (Eiko Seodora Ozaki, 1871 – December 28, 1932) was an early 20th-century translator of Japanese short stories and fairy tales. Her translations were fairly liberal but have been popular, and were reprinted several times after her death. According to "A Biographical Sketch" by Mrs. Hugh Fraser, included in the introductory material to Warriors of old Japan, and other stories, Ozaki came from an unusual background. She was the daughter of Baron Ozaki, one of the first Japanese men to study in the West, and Bathia Catherine Morrison, daughter of William Morrison, one of their teachers. Her parents separated after five years of marriage, and her mother retained custody of their three daughters until they became teenagers. At that time, Yei was sent to live in Japan with her father, which she enjoyed. Later she refused an arranged marriage, left her father's house, and became a teacher and secretary to earn money. Over the years, she traveled back and forth between Japan and Europe, as her employment and family duties took her, and lived in places as diverse as Italy and the drafty upper floor of a Buddhist temple. All this time, her letters were frequently misdelivered to the unrelated Japanese politician Yukio Ozaki, and his to her. In 1904, they finally met, and soon married.