The Chronicles of Clovis 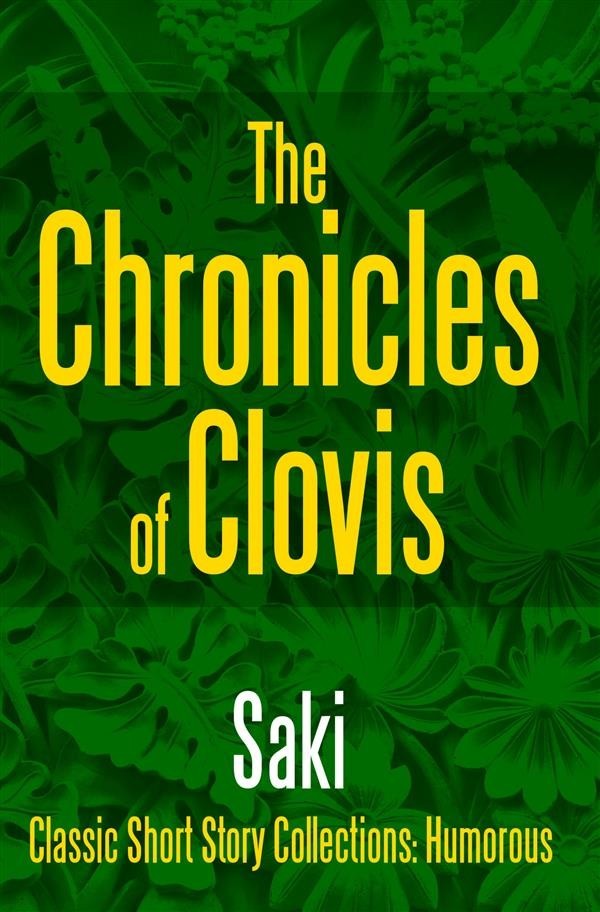 The Chronicles of Clovis

This early work by H. H. Munro was originally published in 1911. 'The Chronicles of Clovis' is a collection of short stories, including 'The Great Weep', 'Tobermory', 'Adrian', and many more. Hector Hugh Munro was born in Akyab, Burma in 1870. He was raised by aunts in North Devon, England, before returning to Burma in his early twenties to join the Colonial Burmese Military Police. Later, Munro returned once more to England, where he embarked on his career as a journalist, becoming well-known for his satirical ‘Alice in Westminster’ political sketches, which appeared in the Westminster Gazette. Arguably better-remembered by his pen name, ‘Saki’, Munro is now considered a master of the short story, with tales such as ‘The Open Window’ regarded as examples of the form at its finest. Stories included: ESMÉ THE MATCH-MAKER TOBERMORY MRS. PACKLETIDE'S TIGER THE STAMPEDING OF LADY BASTABLE THE BACKGROUND HERMANN THE IRASCIBLE—A STORY OF THE GREAT WEEP THE UNREST-CURE THE JESTING OF ARLINGTON STRINGHAM SREDNI VASHTAR ADRIAN THE CHAPLET THE QUEST WRATISLAV THE EASTER EGG FILBOID STUDGE, THE STORY OF A MOUSE THAT HELPED THE MUSIC ON THE HILL THE STORY OF ST. VESPALUUS THE WAY TO THE DAIRY THE PEACE OFFERING THE PEACE OF MOWSLE BARTON THE TALKING-OUT OF TARRINGTON THE HOUNDS OF FATE THE RECESSIONAL A MATTER OF SENTIMENT THE SECRET SIN OF SEPTIMUS BROPE "MINISTERS OF GRACE" THE REMOULDING OF GROBY LINGTON Hector Hugh Munro (18 December 1870 – 14 November 1916), better known by the pen name Saki, and also frequently as H. H. Munro, was a British writer whose witty, mischievous and sometimes macabre stories satirize Edwardian society and culture. He is considered a master of the short story, and often compared to O. Henry and Dorothy Parker. Influenced by Oscar Wilde, Lewis Carroll and Rudyard Kipling, he himself influenced A. A. Milne, Noël Coward and P. G. Wodehouse. Besides his short stories (which were first published in newspapers, as was customary at the time, and then collected into several volumes), he wrote a full-length play, The Watched Pot, in collaboration with Charles Maude; two one-act plays; a historical study, The Rise of the Russian Empire, the only book published under his own name; a short novel, The Unbearable Bassington; the episodic The Westminster Alice (a parliamentary parody of Alice in Wonderland); and When William Came, subtitled A Story of London Under the Hohenzollerns, a fantasy about a future German invasion and occupation of Britain.