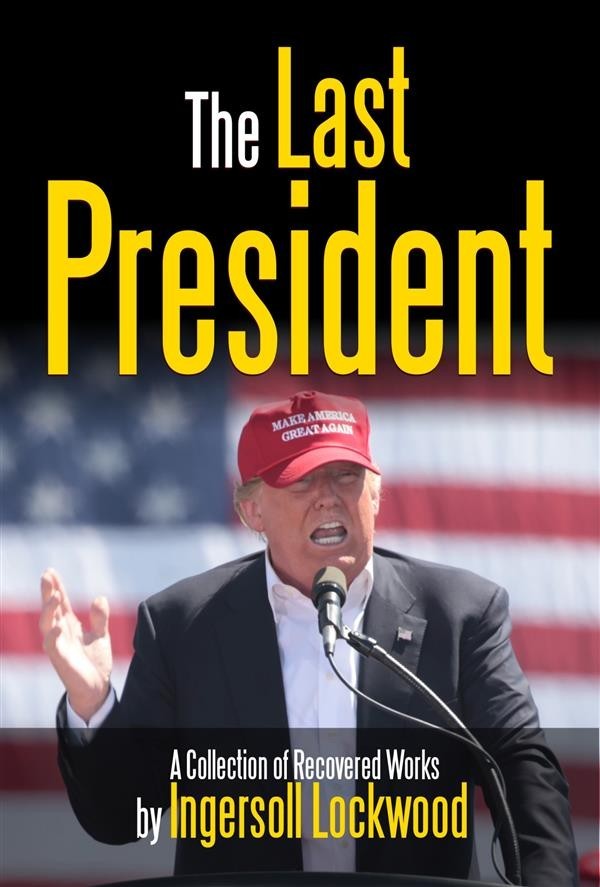 These century-old predictions are uncanny.

Too much like our present day, say some. Proof that time travel exists, say others.

Ingersoll Lockwood, himself a lawyer, wrote a pamphlet which predicted the rise of an outsider presidential candidate who took the presidency of our nation and ended it. Set in the late 1800's, it tells of a populist candidate who is elected with the platform to “undo the bad business of years of unholy union between barters and sellers of human toil and the law makers of the land.”

Newsweek, among others, repeated the parallels they found with this short work and our present day:
Mobs forming and riots erupting immediately after the election results were announced.
Those mobs pressed forward to the site where the curren Trump Towers stand, but were stopped by armed forces. (The Women's March started on the east side and was prevented from reaching Trump International by police barricades.)
The new President having the full support of the Congress and "nothing to stand between him and the realisation of those schemes..."
The majority of the votes came from the South, which made the North worried. (ie. Red States Vs. Blue.)
The Supreme Court having many in advanced age, and possible vacancies upcoming.
Inauguration day was heavily overcast.
A "Pence" was in his cabinet.
The Senate "now took on a spirit of extreme acrimony..." and quit adjourning for holidays.
The President announced that he was going to undo the "grievous and unlawful burdens" by preceding Congresses (and Administrations.)
These similarities between fiction and current events were so great, Snopes elected to "fact check" them and gave them a "mostly true" rating.

The other books Lockwood was known for had a Baron Trump as the hero. In the included story he again tired of his excessive wealth and set about going to Russia to meet a powerful Don who was to instruct him about his new adventure. Before leaving Castle Trump in the Marvelous Underground Journey, Baron’s father refers to Don as a “safe and trusty counselor” and reminds him of the Trump motto – “the pathway to glory is strewn with pitfalls and dangers.”

Another uncanny similarity is with Barron Trump, the young son of our President, as well as the "Russiagate" investigation.

For some this is proof that Trump owns a time travel device and has been using it to influence our time line. And other conspiracy schemes have hatched.

The editor has sought out all the books by Ingersoll that have made the transition to our digital age. This collection also contains a short story about a lawyer and a will, close to Ingersoll's own life events.

You can make up your own mind about the prescience and predictions of this author.

For all we know, it may be just another coincidental set of entertaining fiction...