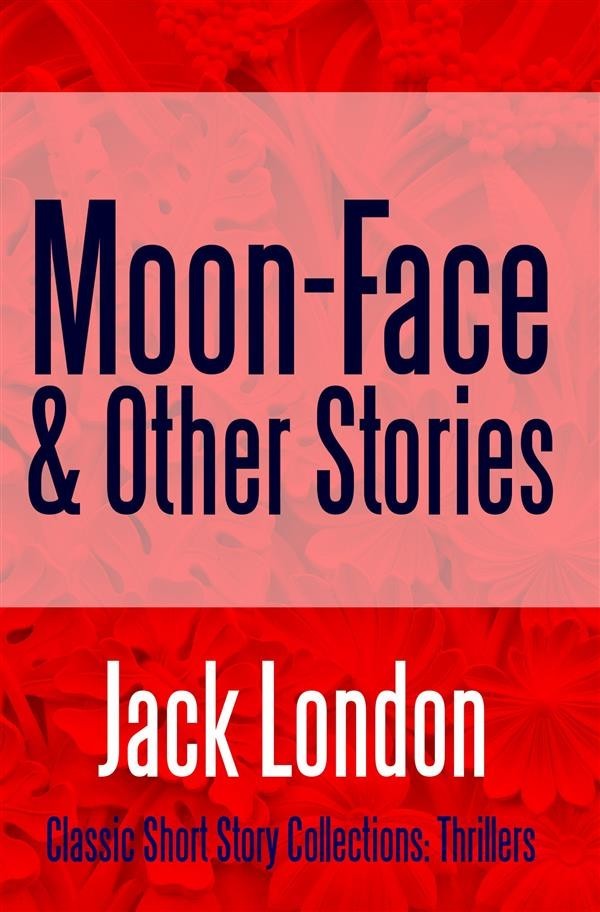 MOON-FACE (Excerpt) John Claverhouse was a moon-faced man. You know the kind, cheek-bones wide apart, chin and forehead melting into the cheeks to complete the perfect round, and the nose, broad and pudgy, equidistant from the circumference, flattened against the very centre of the face like a dough-ball upon the ceiling. Perhaps that is why I hated him, for truly he had become an offense to my eyes, and I believed the earth to be cumbered with his presence. Perhaps my mother may have been superstitious of the moon and looked upon it over the wrong shoulder at the wrong time. Be that as it may, I hated John Claverhouse. Not that he had done me what society would consider a wrong or an ill turn. Far from it. The evil was of a deeper, subtler sort; so elusive, so intangible, as to defy clear, definite analysis in words. We all experience such things at some period in our lives. For the first time we see a certain individual, one who the very instant before we did not dream existed; and yet, at the first moment of meeting, we say: "I do not like that man." Why do we not like him? Ah, we do not know why; we know only that we do not. We have taken a dislike, that is all. And so I with John Claverhouse. What right had such a man to be happy? Yet he was an optimist. He was always gleeful and laughing. All things were always all right, curse him! Ah I how it grated on my soul that he should be so happy! Other men could laugh, and it did not bother me. I even used to laugh myself—before I met John Claverhouse. But his laugh! It irritated me, maddened me, as nothing else under the sun could irritate or madden me. It haunted me, gripped hold of me, and would not let me go. It was a huge, Gargantuan laugh. Waking or sleeping it was always with me, whirring and jarring across my heart-strings like an enormous rasp. At break of day it came whooping across the fields to spoil my pleasant morning revery. Under the aching noonday glare, when the green things drooped and the birds withdrew to the depths of the forest, and all nature drowsed, his great "Ha! ha!" and "Ho! ho!" rose up to the sky and challenged the sun. And at black midnight, from the lonely cross-roads where he turned from town into his own place, came his plaguey cachinnations to rouse me from my sleep and make me writhe and clench my nails into my palms. I went forth privily in the night-time, and turned his cattle into his fields, and in the morning heard his whooping laugh as he drove them out again. "It is nothing," he said; "the poor, dumb beasties are not to be blamed for straying into fatter pastures."... About Jack London: Jack London (1876-1916), was an American author and a pioneer in the then-burgeoning world of commercial magazine fiction. He was one of the first Americans to make a lucrative career exclusively from writing. London was self-educated. He taught himself in the public library, mainly just by reading books. In 1898, he began struggling seriously to break into print, a struggle memorably described in his novel, Martin Eden (1909). Jack London was fortunate in the timing of his writing career. He started just as new printing technologies enabled lower-cost production of magazines. This resulted in a boom in popular magazines aimed at a wide public, and a strong market for short fiction. In 1900, he made $2,500 in writing, the equivalent of about $75,000 today. His career was well under way. Among his famous works are: Children of the Frost (1902), The Call of the Wild (1903), The Sea Wolf (1904), The Game (1905), White Fang (1906), The Road (1907), Before Adam (1907), Adventure (1911), and The Scarlet Plague (1912).