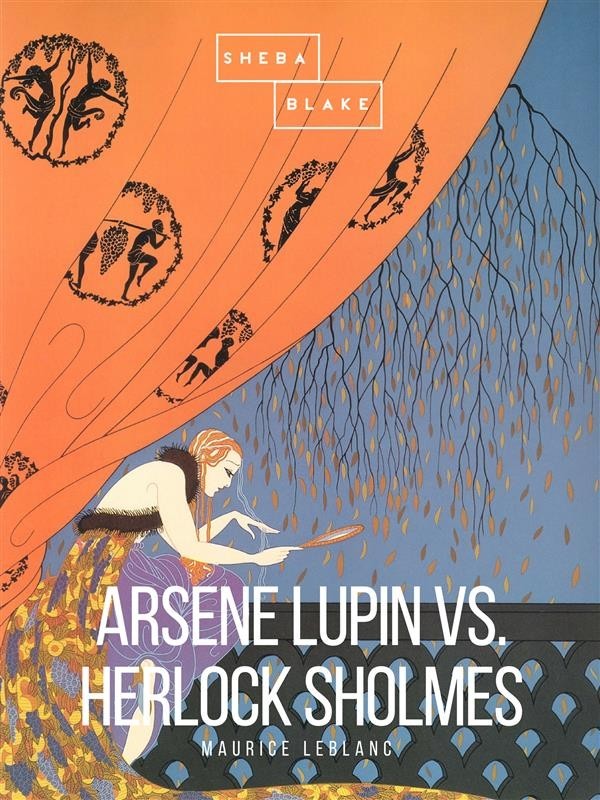 Arsène Lupin vs. Herlock Sholmes is a collection of two adventures of Arsène Lupin, written by Maurice Leblanc.

These adventures feature a match of wits between Lupin and Herlock Sholmes, a transparent reference to Sherlock Holmes, the hero of Conan Doyle's detective stories. It follows the appearance of Arsène Lupin, Gentleman Burglar, in which Sherlock Holmes also makes an appearance in "Sherlock Holmes Arrives Too Late". The collection was translated twice into English, as Arsène Lupin versus Herlock Sholmes in the U.S. (1910, by George Morehead), and as Arsène Lupin versus Holmlock Shears in the UK (1910, by Alexander Teixeira de Mattos, printed as The Blonde Lady in the U.S.).

The first story, "The Blonde Lady", opens with the purchase of an antique desk by a mathematics professor. The desk is subsequently stolen, as it turns out, by Arsène Lupin. Later, both Lupin and the professor realize that a lottery ticket, left inadvertently in the desk, is the winning ticket, and Lupin proceeds to ensure he obtains half of the winnings while executing a near-impossible escape with a blonde lady. After the theft of the Blue Diamond, again by a blonde lady, Ganimard made the connection to Lupin and an appeal was made to Herlock Sholmes to match wits with Lupin. Inadvertently, Lupin and his biographer met with the newly arrived Sholmes and his assistant, Wilson, in a Parisian restaurant, and they shared a cautious détente before Lupin sets off to lay his traps. Despite Lupin's efforts, Sholmes is able to unveil the identity of the blonde lady and Lupin's involvement in the crimes linked to her. Lupin succeeded in trapping Sholmes, however, and sends him off to Southampton in a boat, but Sholmes manages to escape back to Paris and engineer the arrest of Lupin. After Sholmes leaves, however, Lupin outfoxes his French captors and manages to bid farewell to Sholmes and Wilson at the Gare du Nord.

"The Jewish Lamp" opens with another appeal to Herlock Sholmes for help in recovering a Jewish lamp. After reading the appeal, Sholmes is shocked to read a second letter, this time by Lupin and arriving on the same day's post, which warns him not to intervene. Sholmes is outraged by Lupin's audacity and resolves to go to Paris. At the Gare du Nord, Sholmes is accosted by a young lady, who again warns him not to intervene, and finds that the Echo de France, Lupin's mouthpiece newspaper, is proclaiming his arrival. Sholmes proceeds to investigate the crime and finds out the true reason for Lupin's appeal not to intervene.