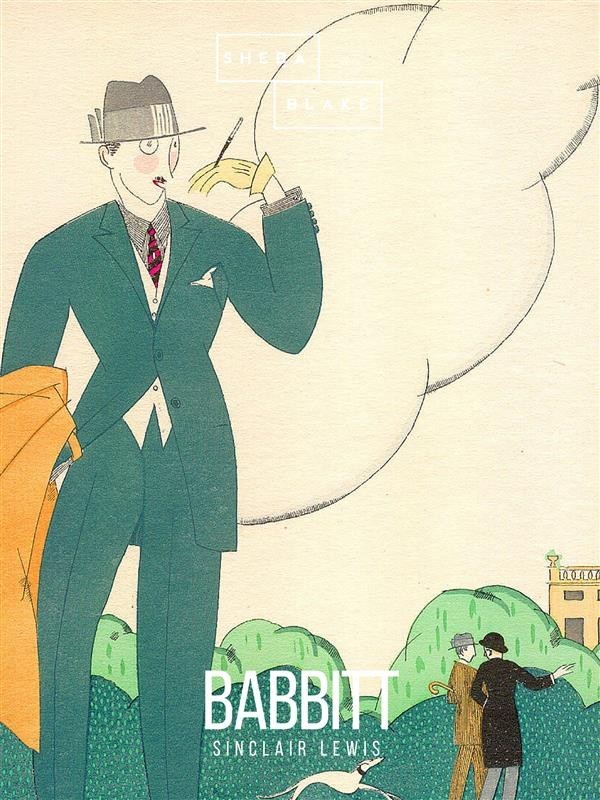 Babbitt is a satirical novel about American culture and society that critiques the vacuity of middle-class life and the social pressure toward conformity. The controversy provoked by Babbitt was influential in the decision to award the Nobel Prize in literature to Lewis in 1930.

The word "Babbitt" entered the English language as a "person and especially a business or professional man who conforms unthinkingly to prevailing middle-class standards".

Lewis has been both criticized and congratulated for his unorthodox writing style in Babbitt. One reviewer said "There is no plot whatever... Babbitt simply grows two years older as the tale unfolds." Lewis presents a chronological series of scenes in the life of his title character. After introducing George F. Babbitt as a middle-aged man, "nimble in the calling of selling houses for more than people could afford to pay," Lewis presents a meticulously detailed description of Babbitt's morning routine. Each item Babbitt encounters is explained, from the high-tech alarm clock, which Babbitt sees as a marker of social status, to the rough camp blanket, a symbol of the freedom and heroism of the West. As he dresses for the day, Babbitt contemplates each article of his "Solid Citizen" uniform, the most important being his Booster's club button, which he wears with pride. The first seven chapters follow Babbitt's life over the course of a single day. Over breakfast Babbitt dotes on his ten-year-old daughter Tinka, tries to dissuade his 22-year-old daughter Verona from her newfound socialist leanings, and encourages his 17-year-old son Ted to try harder in school. At the office he dictates letters and discusses real estate advertising with his employees.

Babbitt is professionally successful as a realtor. Much of his energy in early chapters is spent on climbing the social ladder through booster functions, real estate sales, and making good with various dignitaries. According to Babbitt, any "decent" man in Zenith belonged to at least two or three "lodges" or booster clubs. They were good for potential business partnerships, getting time away from home and family life, and quite simply because "it was the thing to do." Babbitt admits that these clubs "stimulated him like brandy" and that he often finds work dull and nerve-wracking in comparison. Lewis also paints vivid scenes of Babbitt bartering for liquor (despite being a supporter of Prohibition) and hosting dinner parties. At his college class reunion, Babbitt reconnects with a former classmate, Charles McKelvey, whose success in the construction business has made him a millionaire. Seizing the opportunity to hobnob with someone from a wealthier class, Babbitt invites the McKelveys to a dinner party. Although Babbitt hopes the party will help his family rise socially, the McKelveys leave early and do not extend a dinner invitation in return.