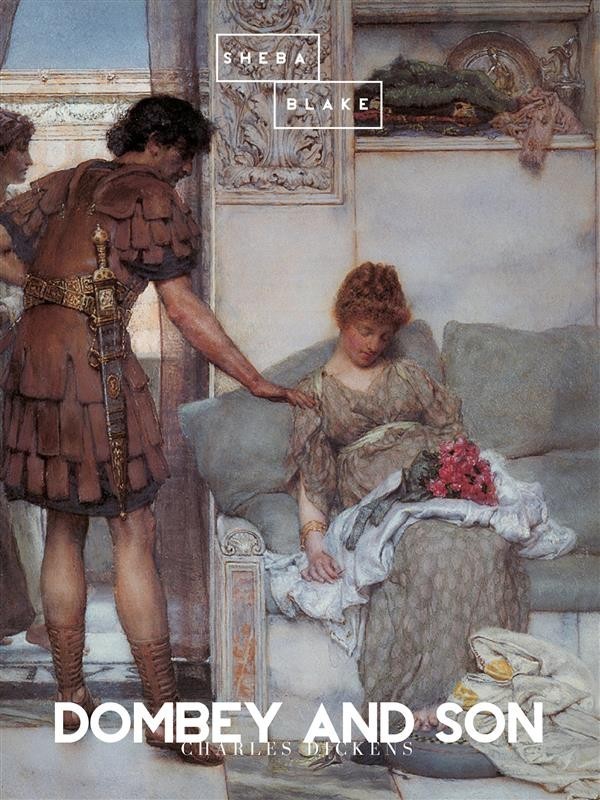 Dombey and Son is a novel by Charles Dickens, published in monthly parts from 1 October 1846 to 1 April 1848 and in one volume in 1848. Its full title is Dealings with the Firm of Dombey and Son: Wholesale, Retail and for Exportation. Dickens started writing the book in Lausanne, Switzerland, before returning to England, via Paris, to complete it. Illustrations were provided by Hablot Knight Browne ('Phiz').

There is some concern with the railways and the novel's conception, and writing, belong to the years of the railway boom, 1844–47. The sea, meanwhile, becomes the image of things of 'an older fashion yet', 'the dark and unknown ... that rolls round all the world.'

The story concerns Paul Dombey, the wealthy owner of the shipping company of the book's title, whose dream is to have a son to continue his business. The book begins when his son is born, and Dombey's wife dies shortly after giving birth. Following the advice of Mrs Louisa Chick, his sister, Dombey employs a wet nurse named Mrs Richards (Toodle). Dombey already has a six-year-old daughter Florence but, bitter at her not having been the desired boy, he neglects her continually. One day, Mrs Richards, Florence, and her maid, Susan Nipper, secretly pay a visit to Mrs Richard's house in Staggs's Gardens so that Mrs Richards can see her children. During this trip, Florence becomes separated from them and is kidnapped for a short time by Good Mrs Brown, before being returned to the streets. She makes her way to Dombey and Son's offices in the City and there is found and brought home by Walter Gay, an employee of Mr Dombey, who first introduces her to his uncle, the navigation instrument maker Solomon Gills, at his shop the Wooden Midshipman.