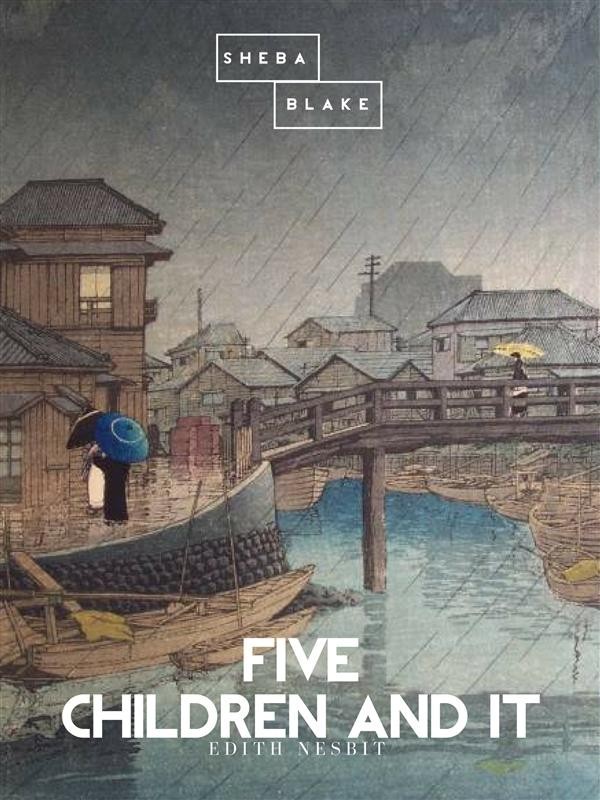 Five Children and It is a children's novel by English author Edith Nesbit.

Like Nesbit's The Railway Children, the story begins when a group of children move from London to the countryside of Kent. The five children – Cyril, Anthea, Robert, Jane, and their baby brother, known as the Lamb – are playing in a gravel pit when they uncover a rather grumpy, ugly, and occasionally malevolent Psammead or sand-fairy, who has the ability to grant wishes. He persuades the children to take one wish each day to be shared among them, with the caveat that the wishes will turn to stone at sunset. This, apparently, used to be the rule in the Stone Age, when all that children wished for was food, the bones of which then became fossils. The five children's first wish is to be "as beautiful as the day". The wish ends at sunset and its effects simply vanish, leading the Psammead to observe that some wishes are too fanciful to be changed to stone.

All the wishes go comically wrong. The children wish to be beautiful, but the servants do not recognise them and shut them out of the house. They wish to be rich, then find themselves with a gravel-pit full of gold spade guineas that no shop will accept as they are no longer in circulation, so they can't buy anything. A wish for wings seems to be going well, but at sunset the children find themselves stuck on top of a church bell tower with no way down, getting them into trouble with the gamekeeper who must take them home (though this wish has the happy side-effect of introducing the gamekeeper to the children's housemaid, who later marries him). Robert is bullied by the baker's boy, then wishes that he was bigger -- whereupon he becomes eleven feet tall, and the other children show him at a travelling fair for coins. They also wish themselves into a castle, only to learn that it is being besieged, while a wish to meet real Red Indians ends with the children nearly being scalped.