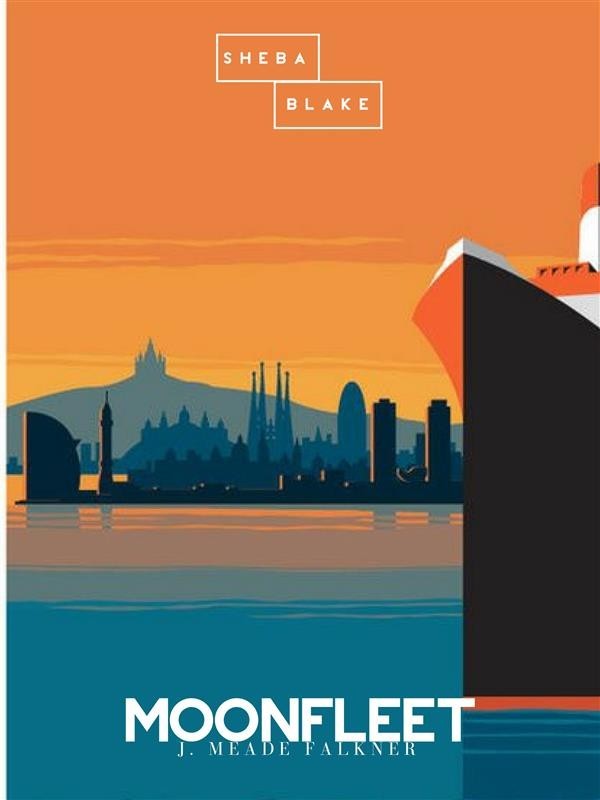 Moonfleet is a tale of smuggling, royal treasure and shipwreck by the English novelist J. Meade Falkner. The book was extremely popular among children worldwide up until the 1970s, mostly for its themes of adventure and gripping storyline. It remains a popular story widely read and is still sometimes studied in schools.

In 1757, Moonfleet is a small village near the sea in the south of England. It gets its name from a formerly prominent local family, the Mohunes, whose coat of arms includes a symbol shaped like a capital 'Y'. John Trenchard is an orphan who lives with his aunt, Miss Arnold. Other notable residents are the sexton Mr Ratsey, who is friendly to John; Parson Glennie, the local clergyman who also teaches in the village school; Elzevir Block, the landlord of the local inn, called the Mohune Arms but nicknamed the Why Not? because of its sign with the Mohune 'Y'; and Mr Maskew, the unpopular local magistrate and his beautiful daughter, Grace.

Village legend tells of the notorious Colonel John "Blackbeard" Mohune who is buried in the family crypt under the church. He is reputed to have stolen a diamond from King Charles I and hidden it. His ghost is said to wander at night looking for it and the mysterious lights in the churchyard are attributed to his activities.

As the main part of the story opens, Block's youthful son, David, has just been killed by Maskew during a raid by the Maskew and other authorities on a smuggling boat. One night a bad storm hits the village and there is a flood. While attending the Sunday service at church, John hears strange sounds from the crypt below. He thinks it is the sound of the coffins of the Mohune family. The next day, he finds Elzevir and Ratsey against the south wall of the church. They claim to be checking for damage from the storm, but John suspects they are searching for Blackbeard's ghost.