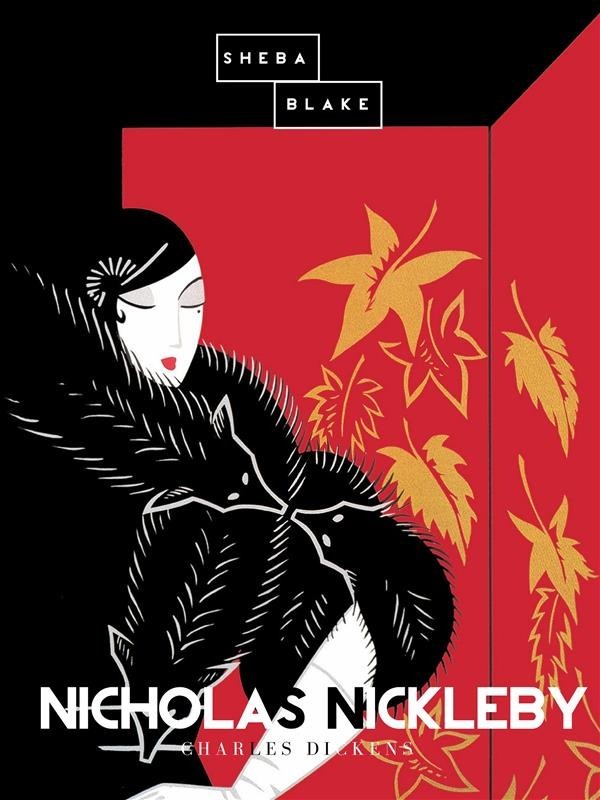 Nicholas Nickleby is a novel by Charles Dickens. Originally published as a serial from 1838 to 1839, it was Dickens' third novel.

The novel centres on the life and adventures of Nicholas Nickleby, a young man who must support his mother and sister after his father dies.

Nicholas Nickleby is Charles Dickens' third published novel. He returned to his favourite publishers and to the format that was considered so successful with The Pickwick Papers. The story first appeared in monthly parts, after which it was issued in one volume. The style is considered to be episodic and humorous, though the second half of the novel becomes more serious and tightly plotted. Dickens began writing 'Nickleby' while still working on Oliver Twist and while the mood is considerably lighter, his depiction of the Yorkshire school run by Wackford Squeers is as moving and influential as those of the workhouse and criminal underclass in Twist.

'Nickleby' marks a new development in a further sense as it is the first of Dickens' romances. When it was published the book was an immediate and complete success and established Dickens's lasting reputation.

The cruelty of a real Yorkshire schoolmaster named William Shaw became the basis for Dickens's brutal character of Wackford Squeers. Dickens visited his school and based the school section of Nicholas Nickleby on his visit.

Like most of Dickens' early works, the novel has a contemporary setting. Much of the action takes place in London, with several chapters taking place in Dickens' birthplace of Portsmouth, as well as settings in Yorkshire and Devon.

The tone of the work is that of ironic social satire, with Dickens taking aim at what he perceives to be social injustices. Many memorable characters are introduced, including Nicholas' malevolent Uncle Ralph, and the villainous Wackford Squeers, who operates an abusive all-boys boarding school at which Nicholas temporarily serves as a tutor.