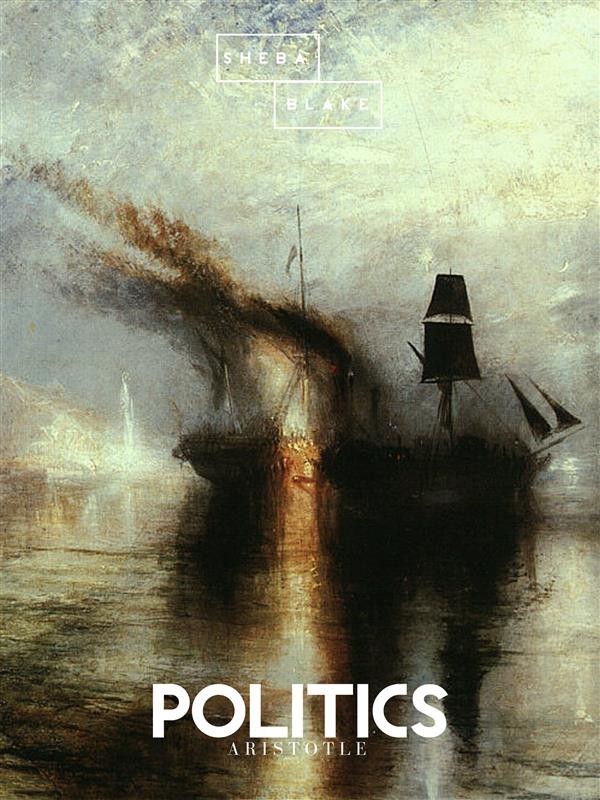 Politics is a work of political philosophy by Aristotle, a 4th-century BC Greek philosopher.

The end of the Nicomachean Ethics declared that the inquiry into ethics necessarily follows into politics, and the two works are frequently considered to be parts of a larger treatise, or perhaps connected lectures, dealing with the "philosophy of human affairs." The title of the Politics literally means "the things concerning the polis."

After studying a number of real and theoretical city-states' constitutions, Aristotle classified them according to various criteria. On one side stand the true (or good) constitutions, which are considered such because they aim for the common good, and on the other side the perverted (or deviant) ones, considered such because they aim for the well being of only a part of the city. The constitutions are then sorted according to the "number" of those who participate to the magistracies: one, a few, or many. Aristotle's sixfold classification is slightly different from the one found in The Statesman by Plato. The diagram above illustrates Aristotle's classification.

The literary character of the Politics is subject to some dispute, growing out of the textual difficulties that attended the loss of Aristotle's works. Book III ends with a sentence that is repeated almost verbatim at the start of Book VII, while the intervening Books IV–VI seem to have a very different flavor from the rest; Book IV seems to refer several times back to the discussion of the best regime contained in Books VII–VIII. Some editors have therefore inserted Books VII–VIII after Book III. At the same time, however, references to the "discourses on politics" that occur in the Nicomachean Ethics suggest that the treatise as a whole ought to conclude with the discussion of education that occurs in Book VIII of the Politics, although it is not certain that Aristotle is referring to the Politics here.

Werner Jaeger suggested that the Politics actually represents the conflation of two, distinct treatises. The first (Books I–III, VII–VIII) would represent a less mature work from when Aristotle had not yet fully broken from Plato, and consequently show a greater emphasis on the best regime. The second (Books IV–VI) would be more empirically minded, and thus belong to a later stage of development.