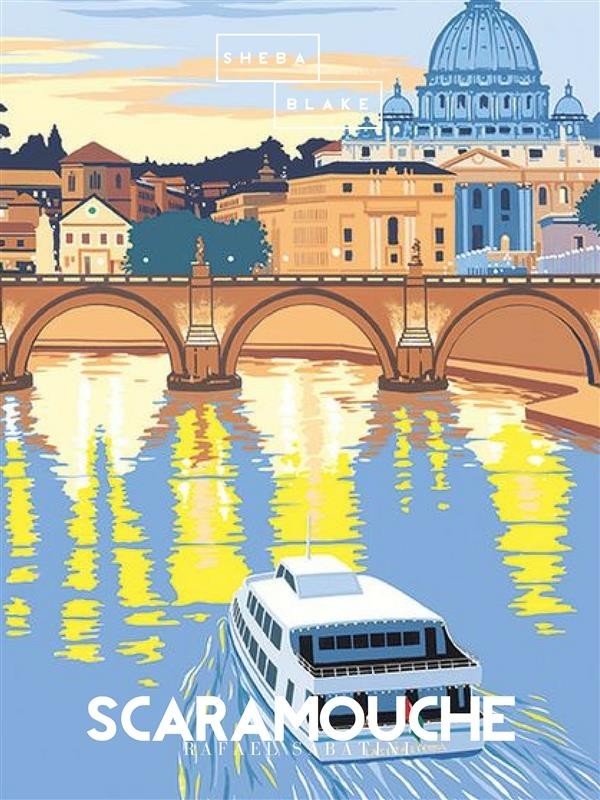 Scaramouche is a stock clown character of the Italian commedia dell'arte. The role combined characteristics of the zanni (servant) and the Capitano (masked henchman). Usually attired in black Spanish dress and burlesquing a don, he was often beaten by Harlequin for his boasting and cowardice. Although Tiberio Fiorillo (1608–1694) was not the first to play the role, he greatly developed and popularized it. He removed the mask, used white powder on his face, and employed grimaces.

He had a small beard, long mustache, and wore a predominantly black costume with a white ruff. In France he became known as Scaramouche. In the 19th century the English actor Joseph Grimaldi and his son J. S. Grimaldi made numerous appearances as Scaramouche. Scaramouche entertains the audience by his "grimaces and affected language". Salvator Rosa says that Coviello (like Scaramouche) is "sly, adroit, supple, and conceited". In Molière's The Bourgeois Gentleman, Coviello disguises his master as a Turk and pretends to speak Turkish. Both Scaramouche and Coviello can be clever or stupid—as the actor sees fit to portray him.