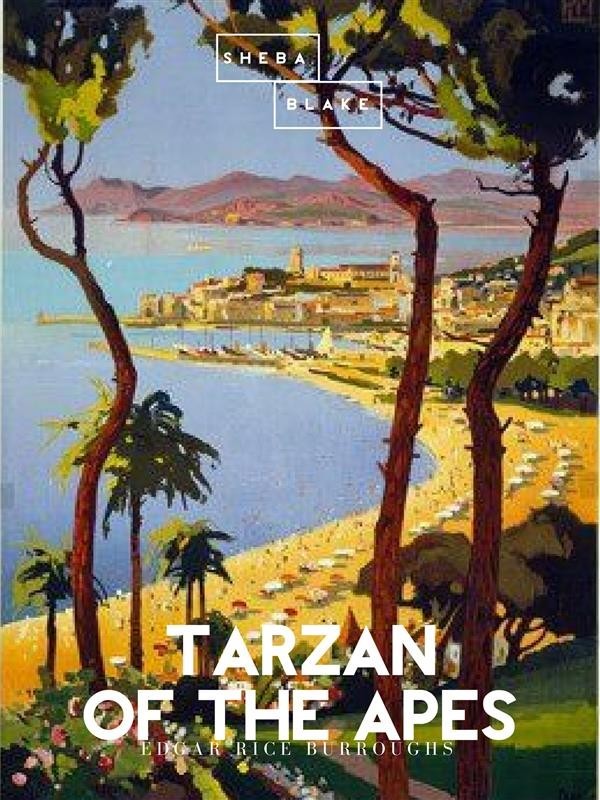 Tarzan of the Apes is a novel written by Edgar Rice Burroughs, the first in a series of books about the title character Tarzan. It was first published in the pulp magazine All-Story Magazine in October 1912. So popular was the character that Burroughs continued the series into the 1940s with two dozen sequels. For the novel's centennial anniversary, Library of America published a hardcover edition based on the original book in April 2012 with an introduction by Thomas Mallon.

The novel tells the story of John Clayton III. John and Alice (Rutherford) Clayton II, Lord and Lady Greystoke of England, are marooned in the western coastal jungles of equatorial Africa in 1888. In September 1889 their son John Clayton III is born. At one year old his mother dies, and soon thereafter his father is killed by the savage king ape Kerchak. The infant is then adopted by the she-ape Kala.
Clayton is named "Tarzan" ("White Skin" in the ape language) and raised in ignorance of his human heritage.

As a boy, feeling alienated from his peers due to their physical differences, he discovers his true parents' cabin, where he first learns of others like himself in their books. Using basic primers with pictures, over many years he teaches himself to read English, but having never heard it, cannot speak it.

Upon his return from one visit to the cabin, he is attacked by a huge gorilla which he manages to kill with his father's knife, although he is terribly wounded in the struggle. As he grows up, Tarzan becomes a skilled hunter.