Tess of the d'Urbervilles 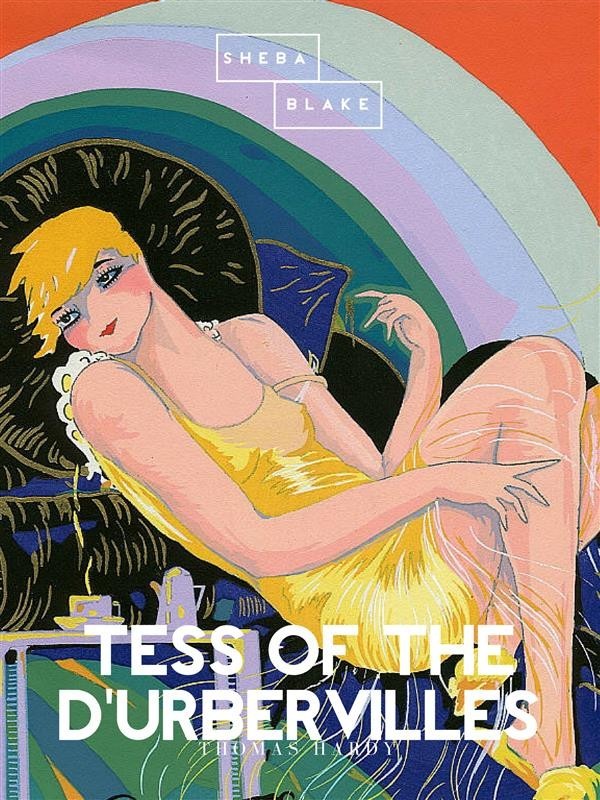 Tess of the d'Urbervilles

Tess of the d'Urbervilles is a novel by Thomas Hardy. It initially appeared in a censored and serialised version, published by the British illustrated newspaper The Graphic in 1891 and in book form in 1892. Though now considered a major nineteenth-century English novel and possibly Hardy's fictional masterpiece, Tess of the d'Urbervilles received mixed reviews when it first appeared, in part because it challenged the sexual morals of late Victorian England.

The novel is set in impoverished rural England, Thomas Hardy's fictional Wessex, during the Long Depression of the 1870s. Tess is the oldest child of John and Joan Durbeyfield, uneducated peasants. However, John is given the impression by Parson Tringham that he may have noble blood, as "Durbeyfield" is a corruption of "D'Urberville", the surname of an extinct noble Norman family. Knowledge of this immediately goes to John's head. That same day, Tess participates in the village May Dance, where she meets Angel Clare, youngest son of Reverend James Clare, who is on a walking tour with his two brothers. He stops to join the dance and partners several other girls. Angel notices Tess too late to dance with her, as he is already late for a promised meeting with his brothers. Tess feels slighted. Tess's father gets too drunk to drive to the market that night, so Tess undertakes the journey herself. However, she falls asleep at the reins, and the family's only horse encounters a speeding wagon and is fatally wounded.

Tess feels so guilty over the horse's death and the economic consequences for the family that she agrees, against her better judgement, to visit Mrs d'Urberville, a rich widow who lives in a rural mansion near the town of Trantridge, and "claim kin". She is unaware that, in reality, Mrs d'Urberville's husband Simon Stoke adopted the surname even though he was unrelated to the real d'Urbervilles. Tess does not succeed in meeting Mrs d'Urberville, but chances to meet her libertine son, Alec, who takes a fancy to Tess and secures her a position as poultry keeper on the estate.

Although Tess tells them about her fear that he might try to seduce her, her parents encourage her to accept the job, secretly hoping that Alec might marry her. Tess dislikes Alec but endures his persistent unwanted attention to earn enough to replace her family's horse. Despite his often cruel and manipulative behaviour, the threat that Alec presents to Tess's virtue is sometimes obscured for Tess by her inexperience and almost daily commonplace interactions with him. Late one night, walking home from town with some other Trantridge villagers, Tess inadvertently antagonizes Car Darch, Alec's most recently discarded favourite, and finds herself in physical danger.

When Alec rides up and offers to "rescue" her from the situation, she accepts. Instead of taking her home, however, he rides through the fog until they reach an ancient grove in a forest called "The Chase", where he informs her that he is lost and leaves on foot to get his bearings. Alec returns to find Tess asleep, and it is implied that he rapes her, although there remains a degree of ambiguity. Mary Jacobus, a commentator on Hardy's works, speculates that the ambiguity may have been forced on the author to meet the requirements of his publisher and the "Grundyist" readership of his time.