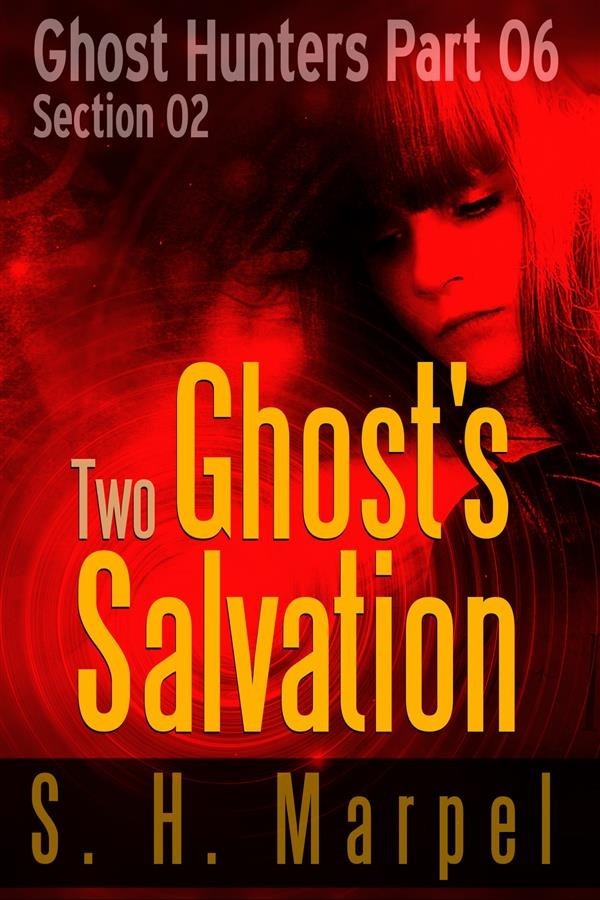 The story continues, as two young girls find their power by becoming ghosts, then spirit guides. This is their origin-story...
Barely escaping discovery by soldiers from a nearby dukedom, Sal and Jude's dad starts training them to survive in the forest.
While gathering herbs in a clearing, Sal and Jude find they can communicate to the animals. But find something else - their mother's ghost can appear to them. They can see and hear her voice in their mind.
One morning their dad returns early. He tells them he has seen soldiers forcing local village men to build a road access road through a ravine - that will let them the army find their hut in the forest...

Excerpt:
One day Da was late coming home. When he did arrive, he came through one of the other paths and had no game with him. He put out the fire and had us get into the storage space below the floor. Most cabins in this day were simply dirt floors. Walls of cabins in the woods were often mud and woven wicker. Ours was an old hunting hut, abandoned years ago. It was made with trimmed logs, and chinked with mud and grasses against the weather. On its back wall, there was an opening just big enough for Da to squeeze through. This led to a small dugout area that had its own roof. We stored vegetables and meat here, as the temperature was the same all year long and never froze.
This is where Da had us go that day. He opened the dugout door wide and put all our food and toys with us then he scattered dirt all around our table and shelves. When we tried to ask him, he shushed us and said we were going to practice waiting for wild game. We had to be very, very quiet for a long time.
He climbed in with us, and we watched from that hole in the wall, waiting.
Soon we heard the thumping of heavy boots coming up the path toward our front door.
They kicked the door open. Men covered in leather and shiny metal came in our little hut, shouting to each other until one made them all be quiet. He was wearing more colors than the rest and so seemed to be in charge. Da could understand what they were saying. And he quietly put the cover over that hole, the one that looked like part of the log wall. He sat with his back to that cover and braced his feet against the other side of the dugout.
We now sat in complete darkness and silence. And waited while we listened.
More men came into the little hut and were talking for awhile. Da told us later that someone had said it looked like some bandits had been using the hut as to hide out in. The man in the colors was talking about burning it down.
But then the men all got very quiet.
And we heard a woman singing. She was singing an old song, one we hadn’t heard before. Soon the men were trying to get out of the hut all at once. Maybe the song was to get them to find her. Both Jude and I tried to get out, but Da just held us close and pushed against the back wall of the dugout to keep us all inside. And we kept quiet.
Then we heard horses whinny and scream, then the sound of them galloping away. We heard men who were shouting loudly go after them, clanking in their metal and squeaking in their leather.
Da didn’t let us go for a very long time after that...