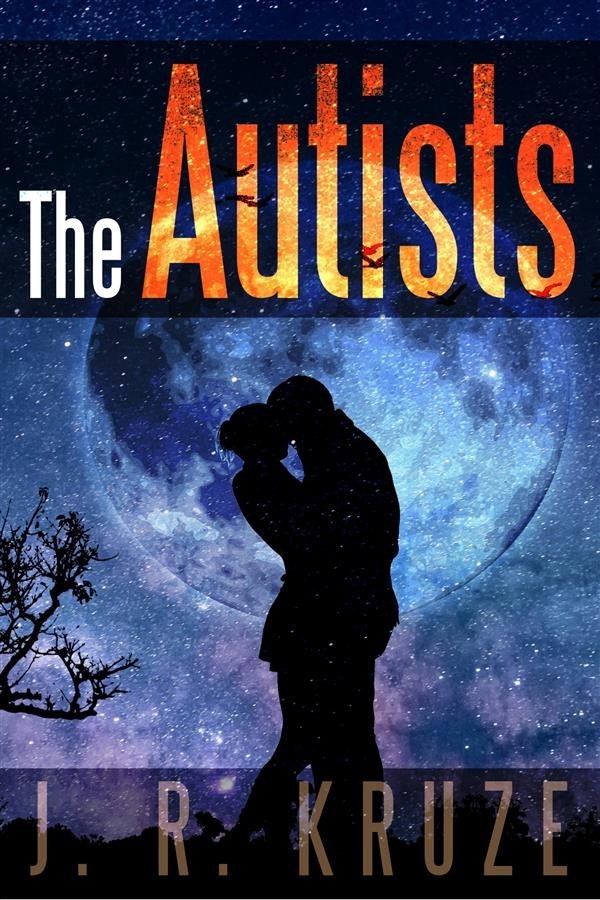 Carol and Reggie were different. They thought different. Reggie could talk "the ears off a corn stalk." He was an expert on history, like a walking Wikipedia on ancient times (if people could stand to listen to him.) Carol hardly talked, but her hugs could tell you the world. She could solve quintic polynomial equations. And a 4x4 Rubic's cube with one hand.

They were autists. "Special needs" people. Savants, kind of.

They were perfect for each other. Or maybe not. So different.

Between them, they understood the universe.

It was no small surprise that they were part of the next stage in human evolution. The one that's already here. Of course they knew it. But most of humanity didn't...

Excerpt:
Reggie could talk until tomorrow came. Gawd that guy liked to talk.

When he couldn't talk, he'd write.

And children. I love children.

And what most people think are “difficult” math problems.

They just don’t try to understand what that equation wants. How it smells right when it’s accomplished what it wants.

So they use math to solve really dumb things like how a rocket jerks in flight. Instead of looking for things that want to fly, they have to build something truly inefficient that makes a big sound and blows up with a louder one. Because they don’t feel when it’s right.

I moved into Reggie’s apartment after we danced that one time. His room mate swapped apartments with me, since I lived near a bunch of other girls and he was tired of listening to Reggie. (But I don’t think so, it’s probably that he’d rather listen to girls giggle while they co-flirted.)

[Is “co-flirted” a word? Too bad if it’s not. Bag and Cat are now disjointed from mutual proxmity.]

So I’d come back in from work to find Reggie tapping out yet another over-long essay on his computer.

I’d hug him and he’d pause. And his heartbeat would slow to match mine.

Then I’d let him go and move into the kitchenette to make a couple of sandwiches for us. I knew he probably hadn’t eaten. Or he would eat a sandwich I made just to make me happy.

And he would finish up whatever he was blogging about. I’d have the sandwiches on a plate and a big mug of sweet tea or something cold (or hot, depending on the season) with two straws. Then I’d come out of the kitchen and bring them all out into the great room. (Why people call it a “living” room is non-sequitur. Living is an action. But they sit and watch do-less TV in it, which is couch-potato logic.)

Our big screen was set to a live feed from one of Cal-Tech’s telescopes. (No commercials. No fake news.)

We’d sit and cuddle the night away watching stars without having to be uncomfortable outside.