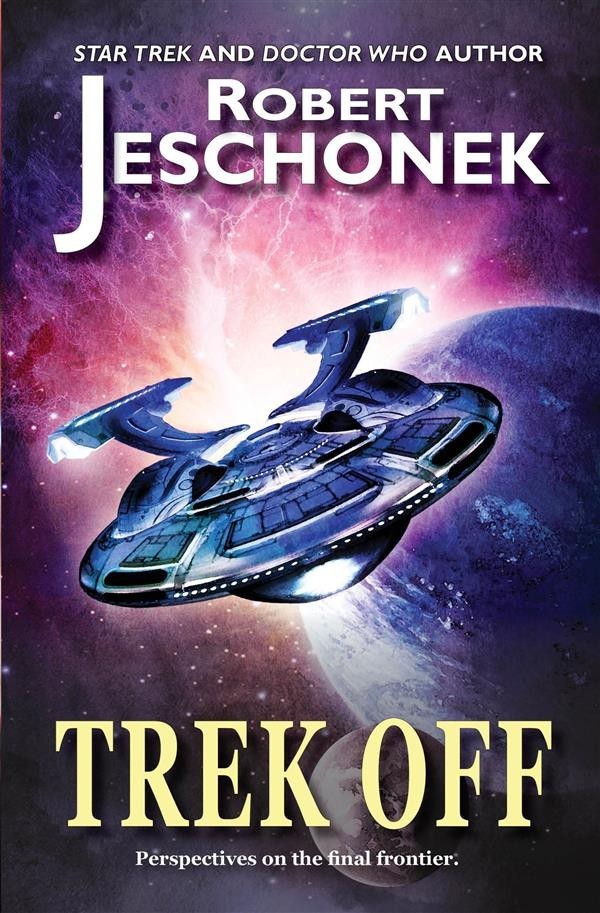 Captain Picard, Commander Riker, and Lieutenant Data made history on the bridge of the Enterprise in Star Trek: The Next Generation...but what about the crewmen of the lower decks? Captain Sisko, Commander Worf, and the crew of Deep Space Nine were posted on a space station...so how did time travel become such a big part of their greatest adventures? And what was the key to the Starship Voyager getting home safe and sound from the Delta Quadrant? Is Captain Kathryn Janeway the greatest of all Star Trek captains because of her decisive command style? Find the answers to these questions and more in Trek Off! In this collection of short essays, award-winning Star Trek writer Robert Jeschonek explores the worlds of Trek, from The Next Generation to Voyager. Join him on a journey through time and space in a search for the secrets of the Trek universe. This volume, a tribute to the greatest science fiction epic of our age, includes four essays: "Lower Decks," "Past Tense," "Final Authority," and "To Boldly Go Where No Comic Book Has Gone Before: 10 Star Trek Comic Book Lost Treasures." These essays are collected here for the first time. Robert Jeschonek knows his Trek. He won the national grand prize in the Strange New Worlds writing contest. He is one of a handful of authors chosen to write stories in the Star Trek: New Frontier universe. His latest Trek fiction appears in Star Trek Corps of Engineers: Out of the Cocoon. Now he invites you to ponder some of the cool questions of Trek, explore some exciting lost comic book treasures, and boldly follow in the footsteps of the legion of Trek fans who have gone before.