Treachery of the Demon King 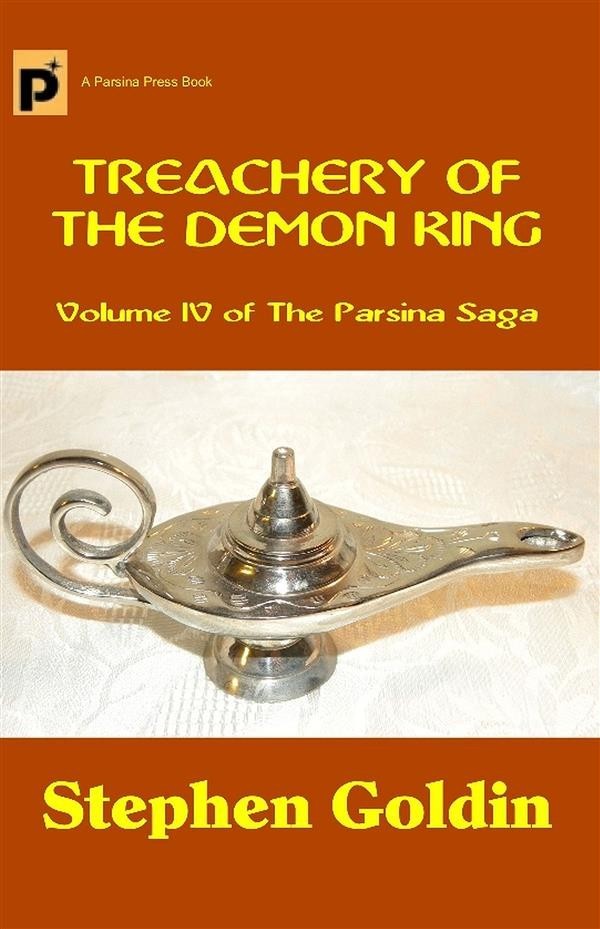 Treachery of the Demon King

Prince Ahmad and the storyteller/wizard Jafar al-Sharif are now racing against time to complete their appointed task of gathering the pieces of the Crystal of Oromasd and defeating the evil forces of Rimahn. But the path is perilous as they must visit an island that is not as it appears, learn the secrets of the City of Faces, and walk into Mount Denavan, the home of the daevas themselves -- and if this wasn't enough, they must overcome a final betrayal from a trusted member of their own party!

This is Book 4 of the Parsina Saga, following SHRINE OF THE DESERT MAGE, THE STORYTELLER AND THE JANN, and CRYSTALS OF AIR AND WATER. It concludes a journey through a world of djinni, flying carpets and high adventure in exotic realms -- with the fate of the world at stake.