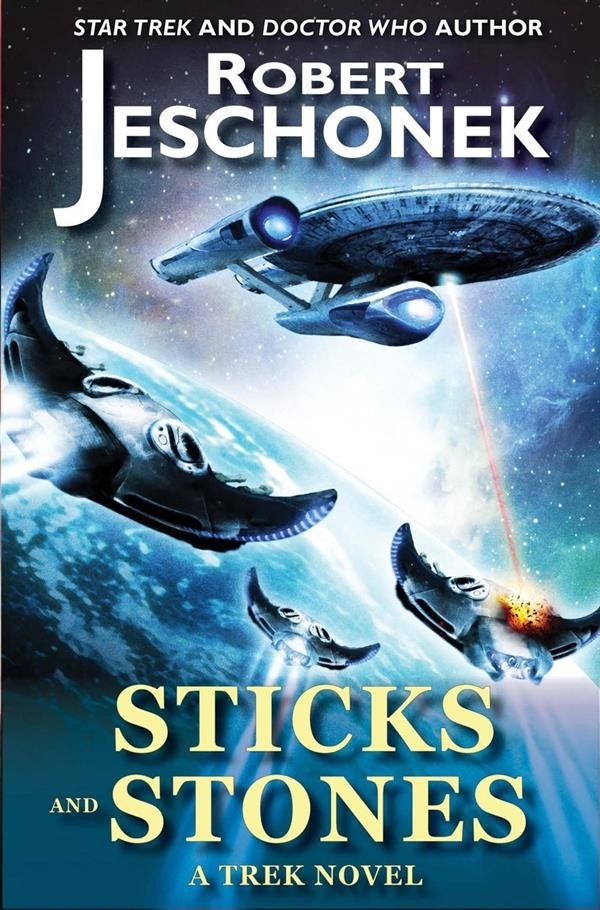 Once upon a galaxy, a spaced-out writer launched a novel exploring a starry saga set in a universe much like a certain trek we know and love. Here, for the first time, you can experience this voyage into trekkerness. The names are new, but you might recognize the drama and excitement of an epic encounter aboard the star cruiser Exogenesis as it pioneers humanity's journey to greatness among the stars. In this adventure, first contact with the multilingual Vox species goes horribly wrong when the crew's linguist mistakenly uses a forbidden slur. Drawn into a violent revolution, a “war of words” to decide language dominance, the crew of the Exogenesis races against time to convince the aliens to unite against a greater threat: an unstoppable invasion fleet roaring toward planet Vox from deep space. When revolution and invasion collide, it is up to Captain Joshua Swift and the Exogenesis crew to save the world by revealing the secret behind the slur that started it all…the dark secret linking Vox and invaders in an ancient cycle of slavery, suffering, lies, and death. Don't miss this exciting lost novel by award-winning Star Trek author Robert Jeschonek, a master of unique and unexpected science fiction that really packs a punch.