Everything That Was Not Said: Donnie Darko And The Symbol As A Linguistic Recourse 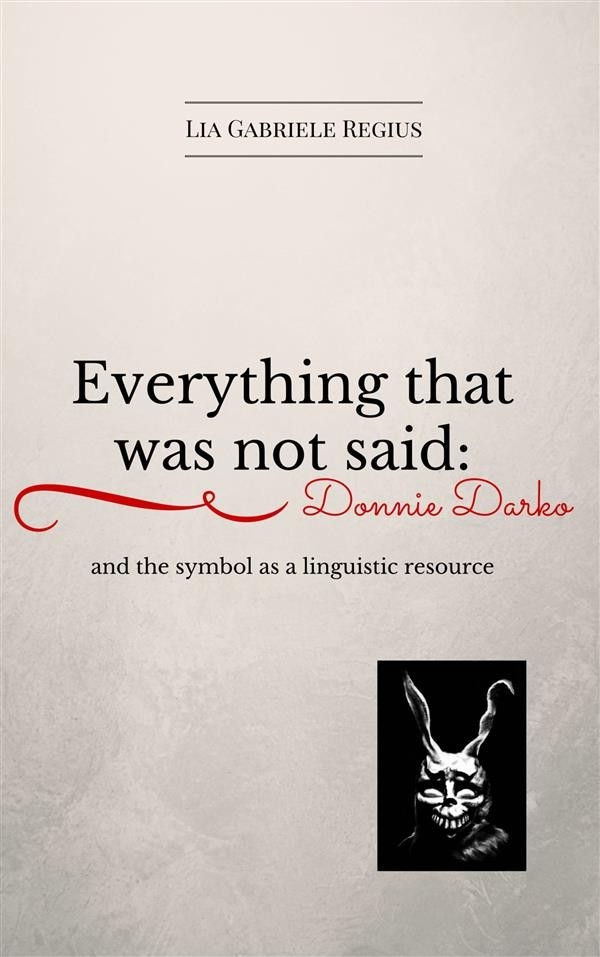 Everything That Was Not Said: Donnie Darko And The Symbol As A Linguistic Recourse

This is a very special book for Donnie Darko fans. This richly symbolic film finally gets a book that attempts to encompass all the aspects of its meaning.  The aim of this book is to seek and find the clues that director Richard Kelly places in the film for the viewer to better understand a plot that is never explicit, just insinuated. For those still seeking to understand one aspect or another of the plot, this book may be the clue that is missing.
The content of the film will be used as an object of illustrative study for the analysis of non-verbal data, which is very useful in the daily life of anyone who interacts socially. The theory will be based on the works of academics who are focused on the interaction between the sender and the receiver, such as Mikhail Bakhtin, and the establishment of writing, such as Marlene Teixeira, as well as authors aimed at non-verbal language, such as Regina Rossetti. The conclusion will point out elements that will help building the meaning to the extent as it reconstructs the information sent by the sender, who in this case is the director of the film.