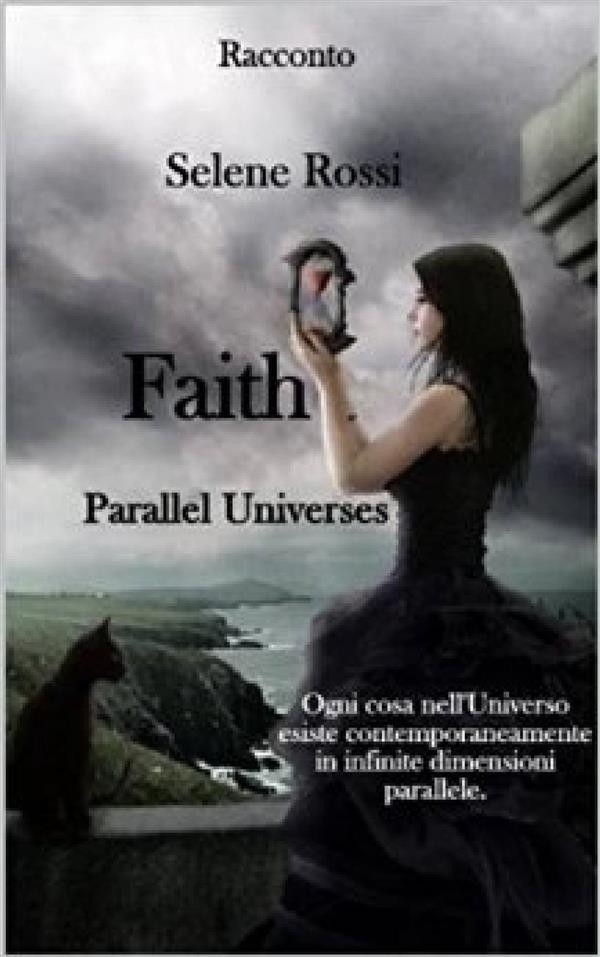 This book is inspired by the short novel "Una Realtà Separata" (A Separate Reality) which ranks in the top 100 books. This tale tells the story of Faith, a woman with mood disorders slipping from so called "normalcy" to melancholy, sadness, apathy. At the end of her rope she makes a decision which is considered as normal, assuming a paranormal character in which she, Faith, frequently finds herself and with her help and that of a black kitten, things will change entirely. From an early age I proved to be a lonely child, but for the more or less long periods I have also been an outgoing child, I made friends at school, I played with the other kids, growing up I started to go out with my peers, but there were always other times, moments when all of this bothered me, sometimes I preferred to be alone, read, cuddle with my dog and my cat, "My Cat" so to speak, because it was he who adopted me, showing up in my garden as if he was the owner. Yes them... my closest loves, you can feel the purity, innocence and unconditional love of these creatures. But these are the times I am most sad, too reflexive, obsessed with the meaning of life, in these moments I am not always sad, maybe the opposite... thoughtful, reading allows me to create my own opinions but an answer never arrives and this, in the end, leads to melancholy. I live two realities, slipping from serenity, from illusion to melancholy, from my passions, emotions, desires to that evil darkness that prevents me to just survive. I've often heard people say: "Wake up! Go for a walk, go look at the sea, go out with a friend, you’re a beautiful girl, you’re intelligent, you don't need anything else", but at that moment, it’s like a veil is between you and life, a glass pane, you can see everything on the outside and all seems so far away, strange, useless, illusory, you live in a paralyzed present in which its absurd to think about the past much less the future. Obviously my behavior, my being, was never accepted.