The adventure of the speckled band 1892 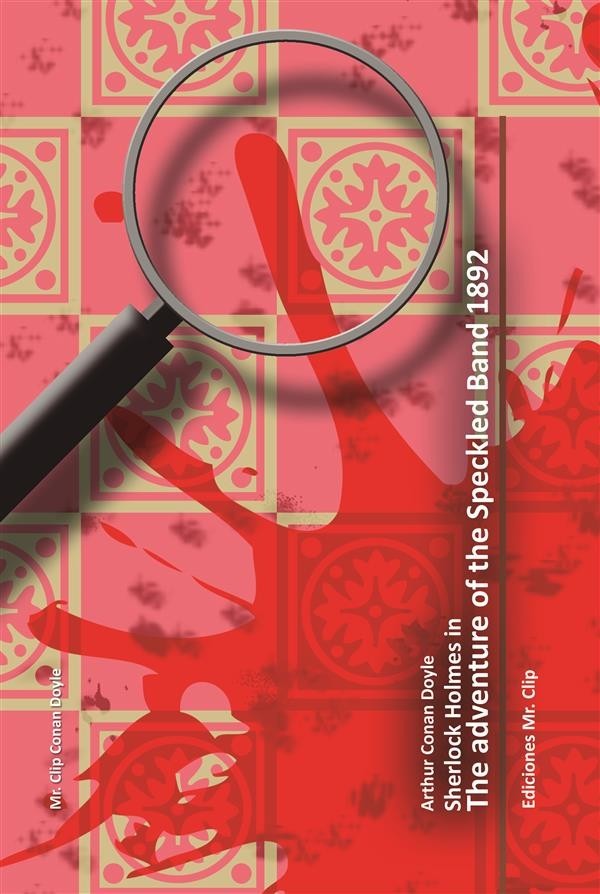 The adventure of the speckled band 1892

Holmes' client is Helen Stoner, a 32-year-old spinster who lives with her stepfather: Dr. Grimesby Roylott of Stoke Moran. Dr Roylott is the last survivor of what was a wealthy but dissolute and violent tempered aristocratic Anglo-Saxon family of Surrey. After returning from India where he had a large medical practice and had served a jail sentence for killing his native Butler in a fit of rage, Roylott—a widower—settles with his two stepdaughters in the broken-down ancestral manor-all that is left of estates that had extended into Berkshire and Hampshire. The doctor becomes notorious for terrorizing the local village because of his quarrelsome personality and violent temper. Dr. Roylott has required Miss Stoner, who is engaged to be married, to move into a particular bedroom of his heavily mortgaged ancestral home in Stoke Moran. This room was the one in which two years before, Helen's twin sister Julia had died under mysterious and dramatic circumstances—uttering the last words "The band! The speckled band!"—just prior to her wedding. Helen is reluctant to sleep in the room because a number of things about the bedroom are mysterious and disturbing. Late at night, Helen hears low whistling sounds followed by a metallic clang. There is a strange bell cord over the bed but it does not appear to work any bell. The rope goes to a ventilator—an opening high in the wall of the room, close to the ceiling—which provides air circulation between Helen's room and an adjacent room of Dr Roylott in the crumbling mansion. In addition, Helen's bed is clamped to the floor; this piece of furniture can never be moved from its position. Stoner surmises that Julia might have been murdered by the gypsies who wear speckled handkerchiefs around their necks, in order to bring in a bit of cash. Dr. Roylott has rented spare rooms in Stoke Moran near them. A cheetah and a baboon also have the run of the property, for Dr. Roylott keeps exotic pets from India.