The decay of lie 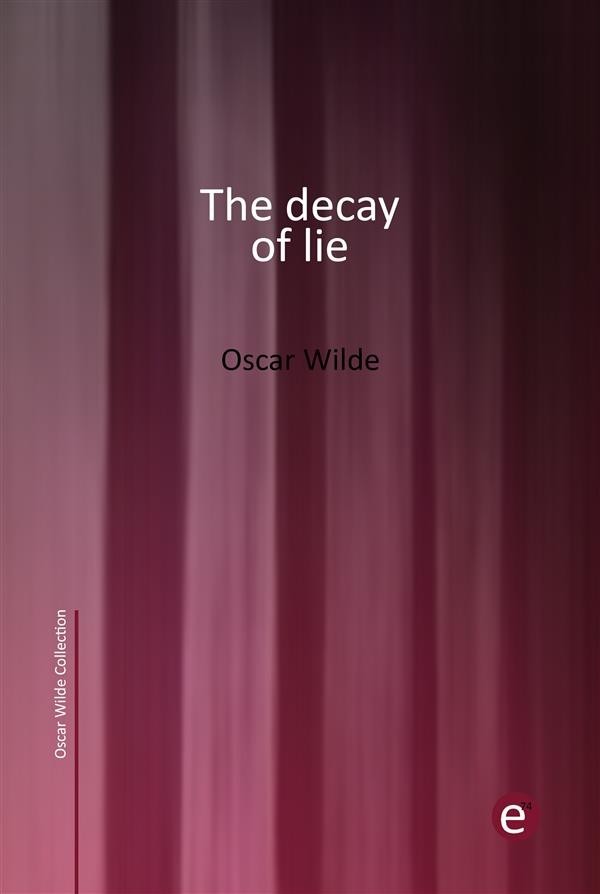 The decay of lie

Wilde presents the essay in a Socratic dialogue, with the characters of Vivian and Cyril having a conversation throughout. The conversation, although playful and whimsical, promotes Wilde's view of Romanticism over Realism. Vivian tells Cyril of an article he has been writing called "The Decay Of Lying: A Protest". In the article Vivian defends Aestheticism and "Art for Art's sake". As summarized by Vivian, it contains four doctrines: Art never expresses anything but itself. All bad art comes from returning to Life and Nature, and elevating them into ideals. Life imitates Art far more than Art imitates Life. Lying, the telling of beautiful untrue things, is the proper aim of Art. The essay ends with the two characters going outside, as Cyril asked Vivian to do at the beginning of the essay. Vivian finally complies, saying that twilight nature's "chief use" may be to "illustrate quotations from the poets."