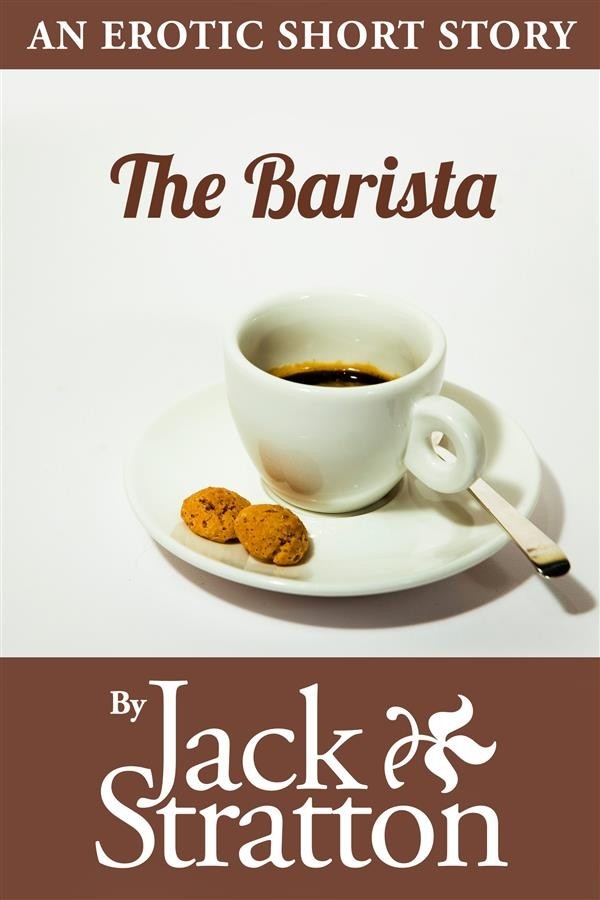 Jack is obsessed with coffee. Every day he goes to the same place for his quad shot, extra dry, non-fat cappuccino. Every day he swoons over the barista.

When he meets said barista at a party she lures him to her apartment and finds a new way to keep him up all night.

As Jack watched, she wiped one metal nozzle with a damp cloth while pounding a large metal handled portafilter against the counter. She moved fast, her fingers adept and economic in their movements. She tapped out the used grounds, wiped the filter and then brought it up to a huge grinder, which whirled and roared and then filled her filter with exactly enough coffee. She pressed the fine as powder grounds into the metal filter with the bumper and then twisted the filter into the giant espresso machine.

She wore an argyle sweater of dark green and burgundy. It was a low v cut sweater that showed her whole-milk colored cleavage which was sprinkled with freckles like a dusting of cinnamon on a foamy drink.

She sloshed some milk into a large metal cup and then slipped the steam nozzle into the cold milk. The steam screamed as it hit the cold milk. Beads of moisture condensed on her cleavage. Jack was erect as he watched it.

The espresso came in spurts, thick rich crema dark against the white porcelain shot glass. She worked both machines now. Two shot from one, two shots from the other, then all of them into a huge bowl-like latte mug. She followed it with the steamed milk and topped it off with a large helping of foam.