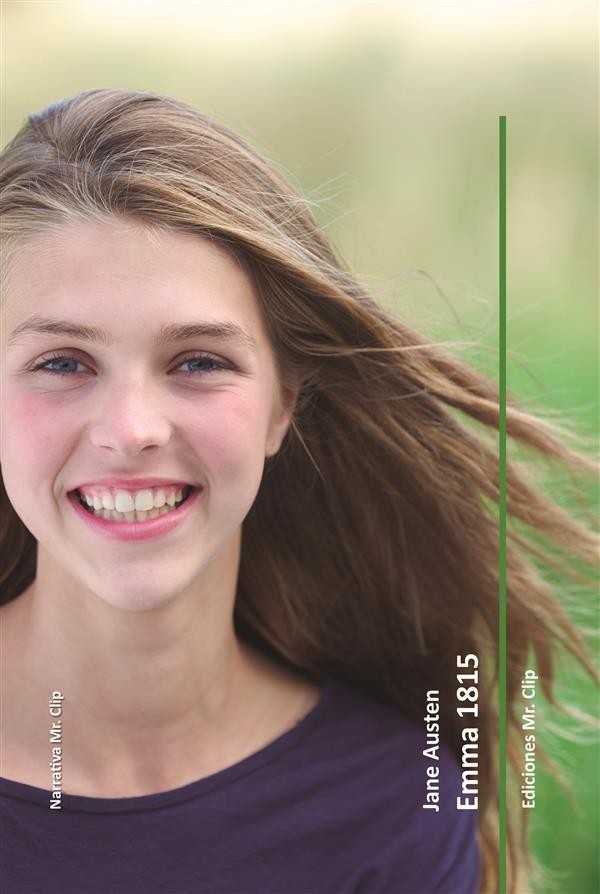 Emma Woodhouse, aged 20 at the start of the novel, is a young, beautiful, witty, and privileged woman in Regency England. She lives on the fictional estate of Hartfield in Surrey in the village of Highbury with her elderly widowed father, who is excessively concerned for his health and that of his loved ones. Emma's friend and only critic is the gentlemanly George Knightley, her neighbour from the adjacent estate of Donwell, and the brother of her elder sister Isabella's husband, John. As the novel opens, Emma has just attended the wedding of Miss Taylor, her best friend and former governess. Having introduced Miss Taylor to her future husband, Mr. Weston, Emma takes credit for their marriage, and decides that she rather likes matchmaking. Against Mr. Knightley's advice, Emma forges ahead with her new interest, and tries to match her new friend Harriet Smith, a sweet, pretty, but none-too-bright parlour boarder of seventeen—described as "the natural [i.e., illegitimate] daughter of somebody"—to Mr. Elton, the local vicar. Emma becomes convinced that Mr. Elton's constant attentions are a result of his attraction and growing love for Harriet. But before events can unfold as she plans, Emma must first persuade Harriet to refuse an advantageous marriage proposal. Her suitor is a respectable, educated, and well-spoken young farmer, Robert Martin, but Emma decides he isn't good enough for Harriet. Against her own wishes, the easily influenced Harriet rejects Mr. Martin. Emma's schemes go awry when Mr. Elton, a social climber, fancies Emma is in love with him and proposes to her. Emma's friends had suggested that Mr. Elton's attentions were really directed at her, but she had misread the signs. Emma, rather shocked and angered, tells Mr. Elton that she had thought him attached to Harriet; however Elton is outraged at the very idea of marrying the socially inferior Harriet. After Emma rejects Mr. Elton, he leaves for a while for a sojourn in Bath, and Harriet fancies herself heartbroken. Emma feels dreadful about misleading Harriet and resolves—briefly—to interfere less in people's lives.