The Tale of Queen Sheba ( Queen Bilqis) In Islam Faith 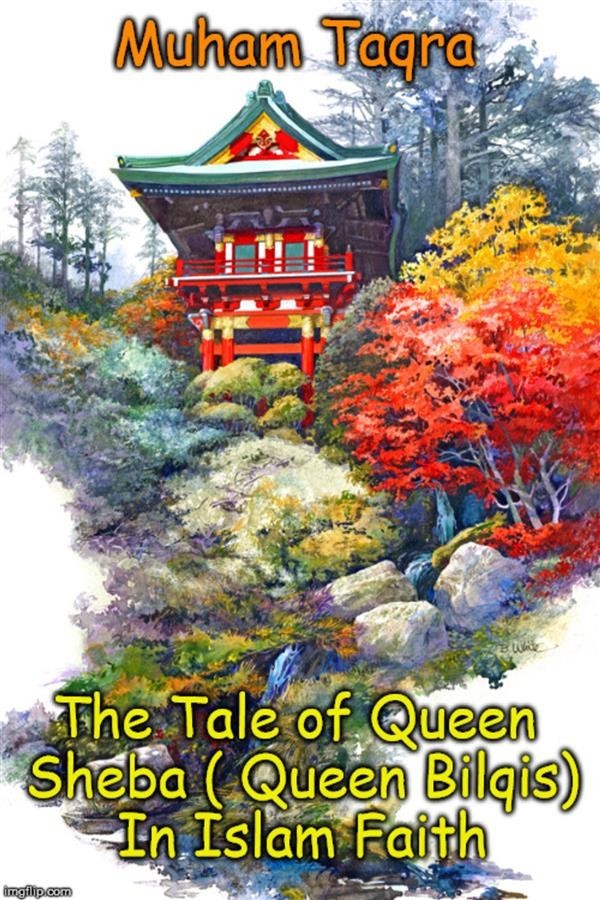 The Tale of Queen Sheba ( Queen Bilqis) In Islam Faith

In the Holy books of Judaism, Christianity, and Islam, Bilqis the Queen of Sheba stands as a outstanding figure: a genuine queen who ruled the lands of sands in ancient times. Her story, describing the encounter with Prophet Solomon and her subsequent embrace of his faith (Islam), permeated through centuries. During the 10th century B.C., the city of Maarab, Yemen, was a great commercial center. It was not only a place to exchange goods, but also stories. The Bedouin culture was mainly a culture of oral tradition. Merchants were a rich source of gossip and news. How Solomon heard of Sheba is explained in the Quran. The Hoopoe traveled not so far and brought about tidings about Sheba, who was “a woman ruling over them, and she has been given abundance and she has a mighty throne.” (27:23). However, Sheba and her people worshipped the sun. She lived in a palace of 360 windows that allowed beams of sunlight in every morning before she prostrated in front of them. This description stated in the Quran regarding the character of Balqis is an undeniable proof that a female can be a head of a state and that her sentimentalism would rather serve her well by bringing her closer to her people and their daily realities. And in Sheba’s example, in managing the affairs of the state, there were no room for emotions, only reason prevailed. As mentioned in Interpretations inspired from the Quran, the Prophet of Allah (a.s.) ordered the Hoopoe to deliver the message of monotheism and Islam to the grand Kingdom in Yemen. What is interesting in the story told by the Quran is the description of this female figure; though she was a mighty monarch, she was a wise enlightened one. At this point, Sheba (Bilqis) resorted to council with the elders and the courtiers. She revealed the content of the letter and asked for advice: “She said: O chiefs! give me advice respecting my affair: I never decide an affair until you are in my presence.” (27:31). While the council recommended the option of war, Sheba’s stand was more diplomatic. She disagreed with the violent approach and decided to send an abundant gift, as a more peaceful solution, and an attempt to avoid an aimless war which ultimately: “makes the honor of its people shame.” (27:34) Her peaceful decision further reveals a sign of mercy and pity. While such characteristics are usually ascribed to women, but are interpreted as indicators of weakness, they are symbolized in the Quran as a sign of wisdom, insight, and sagacity. The story ended by Sheba’s submission to “Allah SWT, the Lord of Solomon and the Lord of the worlds.” She realized how unjust she was to herself by worshipping the sun, which was created by Allah, and that Solomon was not a mighty king who wished to increase his dominion in the name of religion, but a genuine Prophet of Allah (p) who strove to guide people and show them the right path.