The adventure of the beryl coronet (low cost). Limited edition 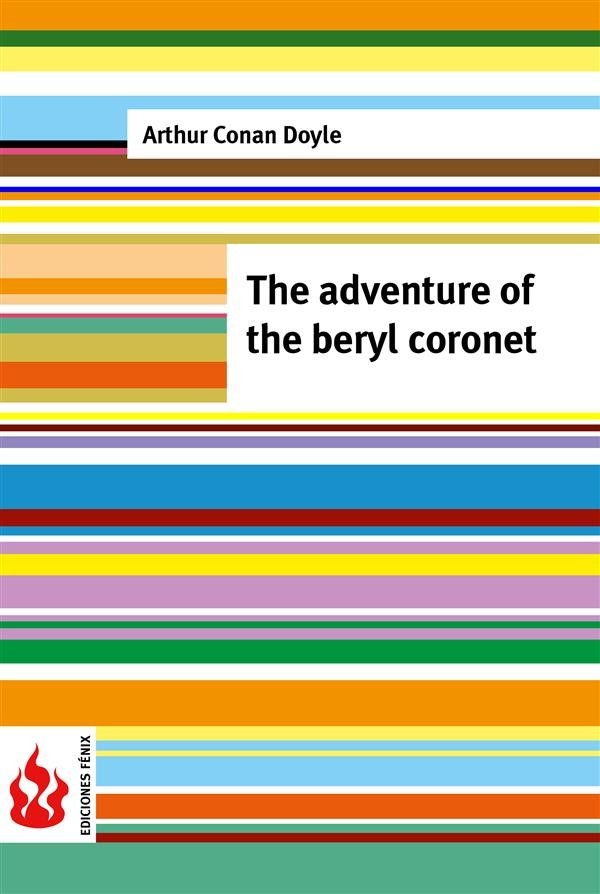 The adventure of the beryl coronet (low cost). Limited edition

A banker, Mr. Alexander Holder of Streatham, makes a loan of £50,000 to a socially prominent client, who leaves the Beryl Coronet — one of the most valuable public possessions in existence — as collateral. Holder feels that he must not leave this rare and precious piece of jewellery in his personal safe at the bank, and so he takes it home with him to lock it up there. He is awakened in the night by a noise, enters his dressing room, and is horrified to see his son Arthur with the coronet in his hands, apparently trying to bend it. Holder's niece Mary comes at the sound of all the shouting and, seeing the damaged coronet, faints dead away. Three beryls are missing from it. In a panic, Mr. Holder travels to see Holmes, who agrees to take the case. The case against Arthur seems rather damning, yet Holmes is not convinced of his guilt. Why has Arthur clammed up? Why is he refusing to give a statement of any kind? How could Arthur have broken the coronet (even Holmes, who has exceptionally strong hands, can't do it) and without making any noise? Could any other people in the household be involved, such as the servants, or Mary? Could some visitor, such as the maid's wooden-legged boyfriend, or Arthur's rakish friend Sir George Burnwell, have something to do with what happened to the coronet? The failure to resolve the case will result in Mr. Holder's dishonour, and a national scandal.