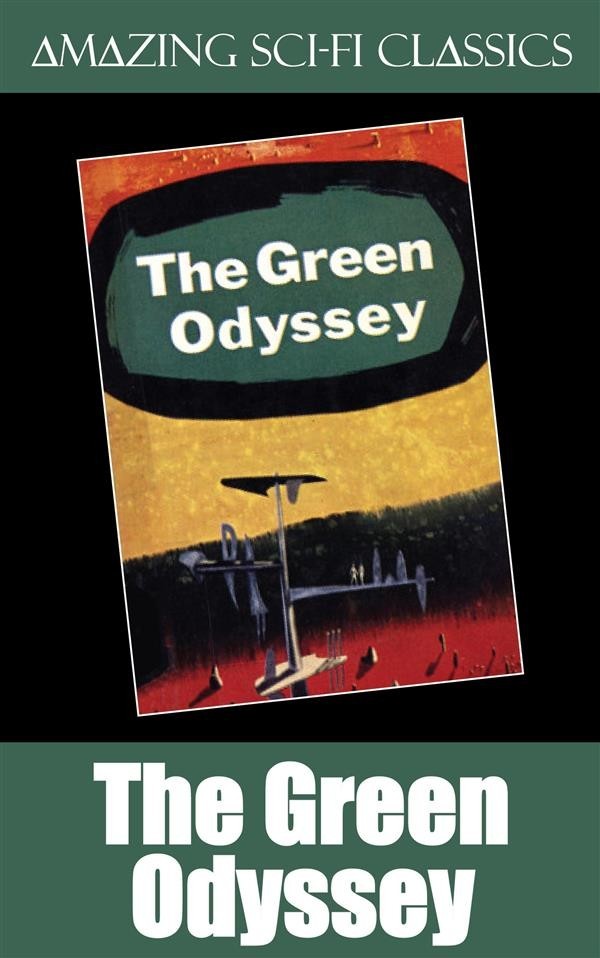 DANGER! THRILLS! ADVENTURE!
Alan Green was not exactly a hero. In fact he liked peace just as well as the next man. Not that he was really afraid of that crazy, hot-blooded hound-dog Alzo, or even of the hound's gorgeous owner, the Duchess Zuni—who was also hot-blooded (to say nothing of the Duke). After all, these things were understood on this backward, violent planet, and a man could manage, provided he was alert twenty-four hours a day.
And as a matter of fact, Alan was only normally apprehensive of his Junoesque, tempestuous (but altogether lovable) wife Amra. Delightful, demanding Amra—and her five uproarious kids. The trouble was, he was tired. And homesick.
So when he heard of two other downed spacemen, he hitched a ride with a piratical merchant-captain on a windroller destined to carry him to the spaceship and thence to the peaceful green hills of Earth. But he had reckoned without the vagaries of the windroller, pirates, the "traveling islands," the rascally Captain, and various flora and fauna peculiar to this planet—all of which, it now seemed, regarded Alan with unnerving malevolence.
And worst of all, Amra was determined that he should be a hero. Amra won.