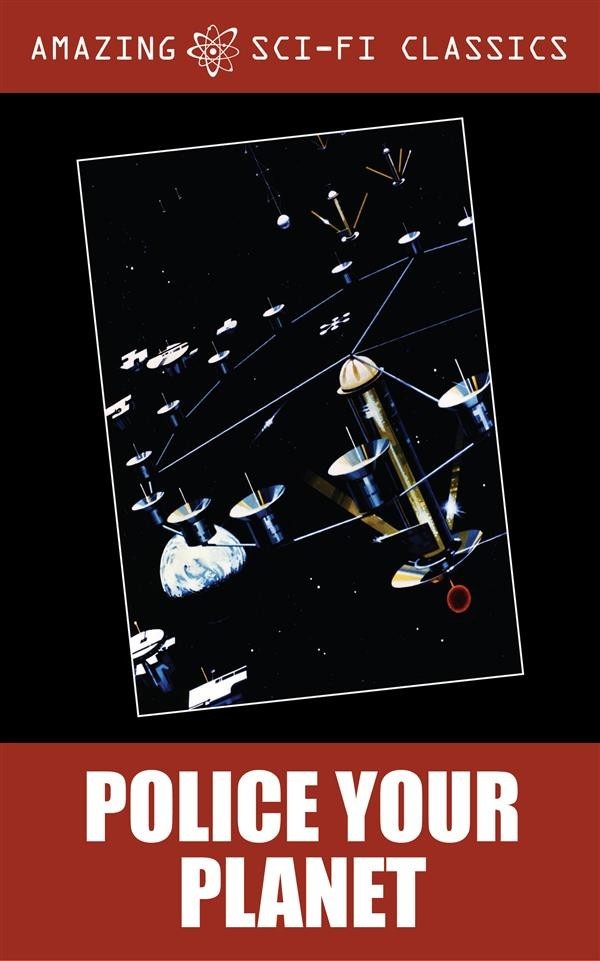 There were ten passengers in the little pressurized cabin of the electric bus that shuttled between the rocket field and Marsport. Ten men, the driver—and Bruce Gordon. He sat apart from the others, as he had kept to himself on the ten-day trip between Earth and Mars, with the yellow stub of his ticket still stuck defiantly in the band of his hat, proclaiming that Earth had paid his passage without his permission being asked. His big, lean body was slumped slightly in the seat. There was no expression on his face.
He listened to the driver explaining to a couple of firsters that they were actually on what appeared to be one of the mysterious canals when viewed from Earth. Every book on Mars gave the fact that the canals were either an illusion or something which could not be detected on the surface of the planet.
He glanced back toward the rocket that still pointed skyward back on the field, and then forward toward the city of Marsport, sprawling out in a mess of slums beyond the edges of the dome that had been built to hold air over the central part. And at last he stirred and reached for the yellow stub.
He grimaced at the One Way stamped on it, then tore it into bits and let the pieces scatter over the floor. He counted them as they fell; thirty pieces, one for each year of his life. Little ones for the two years he'd wasted as a cop. Shreds for the four years as a kid in the ring before that—he'd never made the top. Bigger bits for two years also wasted in trying his hand at professional gambling; and the six final pieces that spelled his rise from a special reporter helping out with a police shake-up coverage, through a regular leg-man turning up rackets, and on up like a meteor until.... He'd made his big scoop, all right. He'd dug up enough about the Mercury scandals to double circulation.
And the government had explained what a fool he'd been for printing half of a story that was never supposed to be printed until all could be revealed. They'd given Bruce Gordon his final assignment...