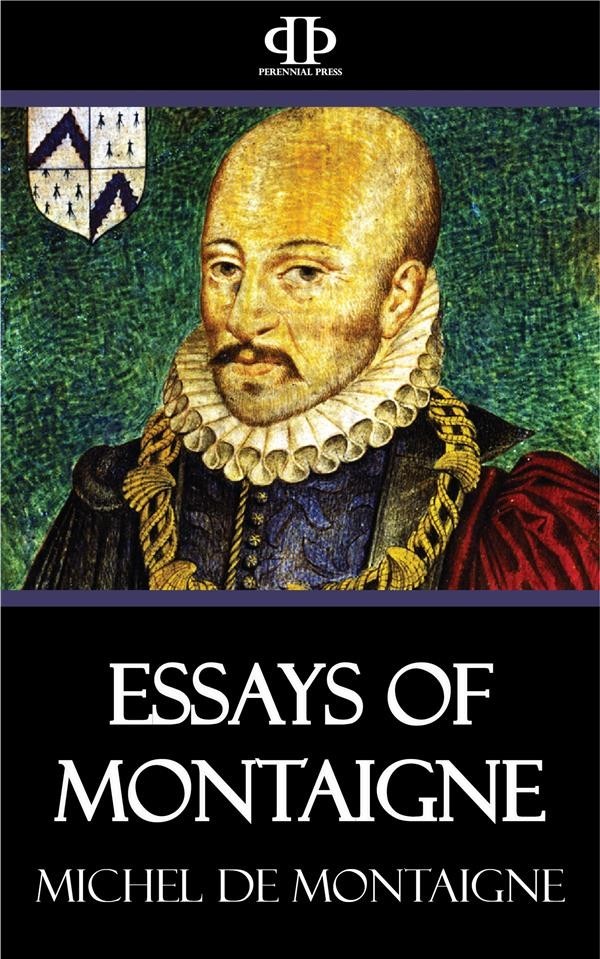 The present publication is intended to supply a recognised deficiency in our literature—a library edition of the Essays of Montaigne. This great French writer deserves to be regarded as a classic, not only in the land of his birth, but in all countries and in all literatures. His Essays, which are at once the most celebrated and the most permanent of his productions, form a magazine out of which such minds as those of Bacon and Shakespeare did not disdain to help themselves; and, indeed, as Hallam observes, the Frenchman's literary importance largely results from the share which his mind had in influencing other minds, coeval and subsequent. But, at the same time, estimating the value and rank of the essayist, we are not to leave out of the account the drawbacks and the circumstances of the period: the imperfect state of education, the comparative scarcity of books, and the limited opportunities of intellectual intercourse. Montaigne freely borrowed of others, and he has found men willing to borrow of him as freely. We need not wonder at the reputation which he with seeming facility achieved. He was, without being aware of it, the leader of a new school in letters and morals. His book was different from all others which were at that date in the world. It diverted the ancient currents of thought into new channels. It told its readers, with unexampled frankness, what its writer's opinion was about men and things, and threw what must have been a strange kind of new light on many matters but darkly understood. Above all, the essayist uncased himself, and made his intellectual and physical organism public property. He took the world into his confidence on all subjects. His essays were a sort of literary anatomy, where we get a diagnosis of the writer's mind, made by himself at different levels and under a large variety of operating influences.
Of all egotists, Montaigne, if not the greatest, was the most fascinating, because, perhaps, he was the least affected and most truthful. What he did, and what he had professed to do, was to dissect his mind, and show us, as best he could, how it was made, and what relation it bore to external objects. He investigated his mental structure as a schoolboy pulls his watch to pieces, to examine the mechanism of the works; and the result, accompanied by illustrations abounding with originality and force, he delivered to his fellow-men in a book.
Eloquence, rhetorical effect, poetry, were alike remote from his design. He did not write from necessity, scarcely perhaps for fame. But he desired to leave France, nay, and the world, something to be remembered by, something which should tell what kind of a man he was—what he felt, thought, suffered—and he succeeded immeasurably, I apprehend, beyond his expectations...