Gods of the North 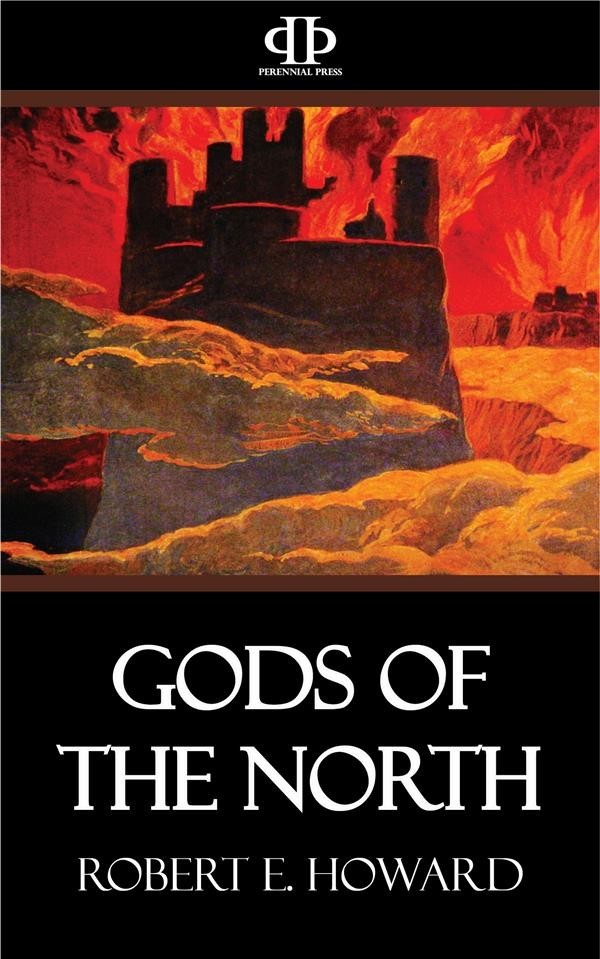 Gods of the North

The clangor of the swords had died away, the shouting of the slaughter was hushed; silence lay on the red-stained snow. The pale bleak sun that glittered so blindingly from the ice-fields and the snow-covered plains struck sheens of silver from rent corselet and broken blade, where the dead lay in heaps. The nerveless hand yet gripped the broken hilt: helmeted heads, back-drawn in the death throes, tilted red beards and golden beards grimly upward, as if in last invocation to Ymir the frost-giant.
Across the red drifts and mail-clad forms, two figures approached one another. In that utter desolation only they moved. The frosty sky was over them, the white illimitable plain around them, the dead men at their feet. Slowly through the corpses they came, as ghosts might come to a tryst through the shambles of a world.
Their shields were gone, their corselets dinted. Blood smeared their mail; their swords were red. Their horned helmets showed the marks of fierce strokes.
One spoke, he whose locks and beard were red as the blood on the sunlit snow.
"Man of the raven locks," said he, "tell me your name, so that my brothers in Vanaheim may know who was the last of Wulfhere's band to fall before the sword of Heimdul."
"This is my answer," replied the black-haired warrior: "Not in Vanaheim, but in Valhalla will you tell your brothers the name of Amra of Akbitana."
Heimdul roared and sprang, and his sword swung in a mighty arc. Amra staggered and his vision was filled with red sparks as the blade shivered into bits of blue fire on his helmet. But as he reeled he thrust with all the power of his great shoulders. The sharp point drove through brass scales and bones and heart, and the red-haired warrior died at Amra's feet...