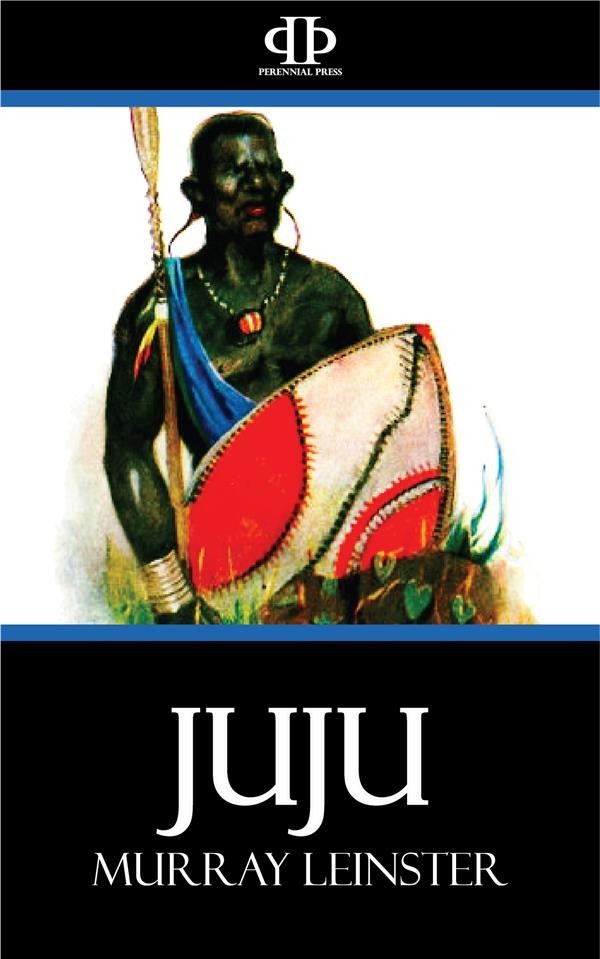 From the juju house the witch doctor emerged, bedaubed with colored earths and bright ashes. The drums renewed their frantic, resounding thunder. The torchbearers capered more actively, and yelled more excitedly. The drumming had gone on all day and its hypnotic effect had culminated in a species of ecstasy in which the blacks yelled and capered, and capered and yelled, without any clear notion of why or what they yelled.
With great solemnity, the witch doctor led forward a young native girl, her face bedaubed with high juju signs. She was in the last stage of panic. If she did not flee, it was because she believed a worse fate awaited her flight than if she submitted to whatever was in store for her now.
Two men stepped forward and threw necklaces of magic import about her neck. Two other men who upon occasion acted as the assistants of the chief witch doctor seized the girl's hands. The shouting mass of blacks formed themselves into a sort of column.
At the front were the drums, those incredible native drums hollowed out of a single log, and which come from the yet unknown fastnesses of the darkest interior, far back of Lake Tchad. Behind them came the torchbearers, yelling a rhythmic chant and capering in almost unbelievable attitudes as they passed along. Next came the witch doctor, important and mysterious. Behind him came more torchbearers, yelling hysterically at the surrounding darkness. Then came the two assistants, dragging the young girl who was almost paralyzed with terror. And the entire population of the village followed in their wake, carrying flaming lights and yelling, yelling, yelling at the eternally unamazed African forest.
The tall, dank tree trunks loomed mysteriously above the band of vociferous natives, with their thumping, rumbling, booming drums sounding hollowly from the front of the procession. The lights wound into the forest, deep into the unknown and unknowable bush. The yelling became fainter, but the drums continued to boom out monotonously through the throbbing silence of the African night. Boom, boom, boom, boom! Never a variation from the steady beat, though the sound was muted by the distance it had to travel before reaching us...